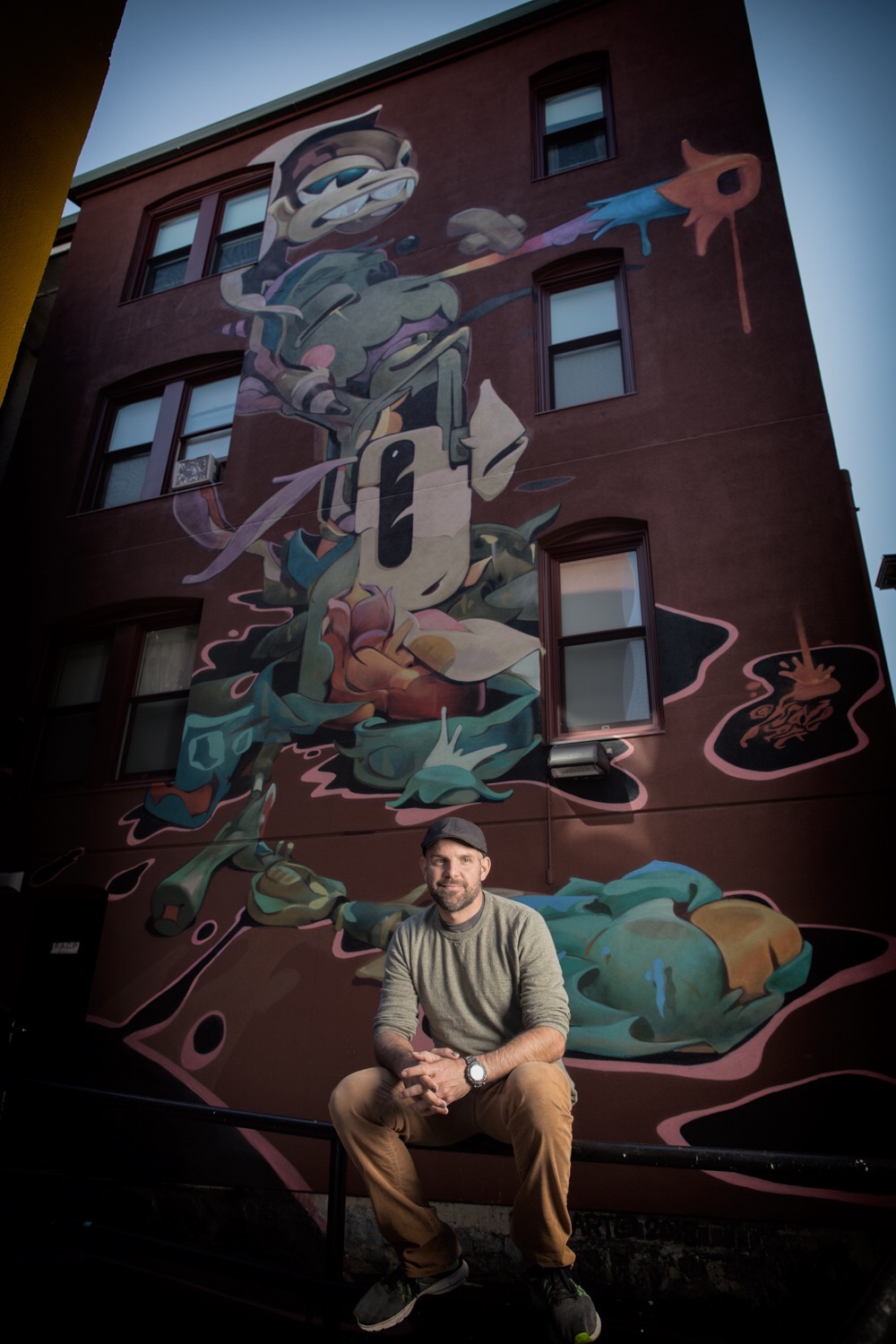 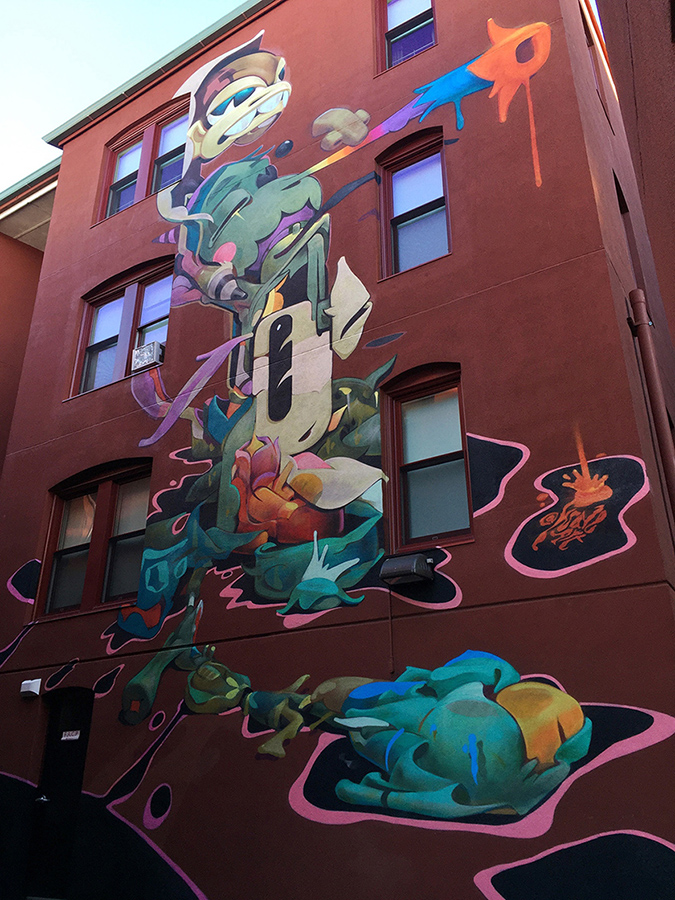 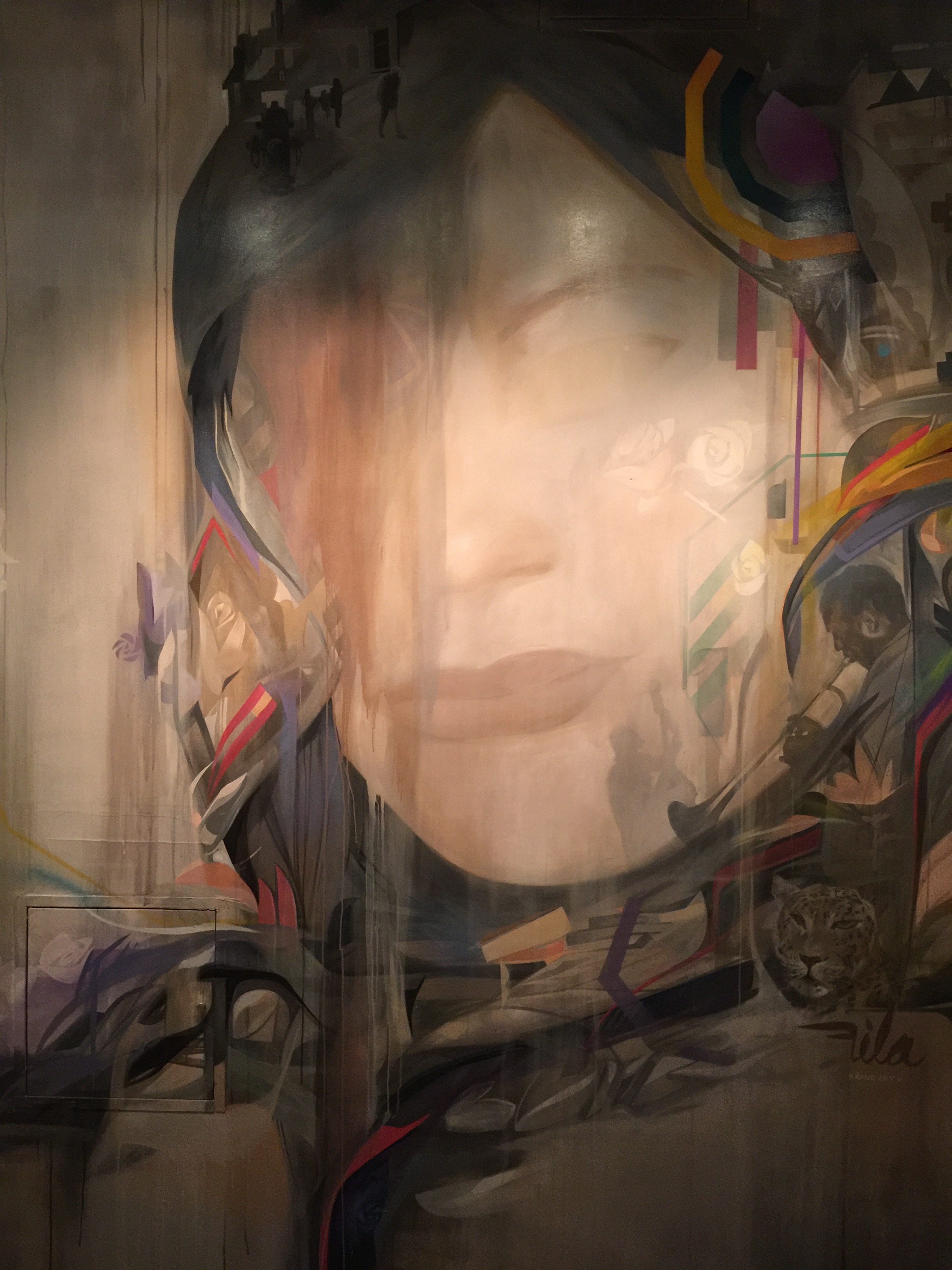 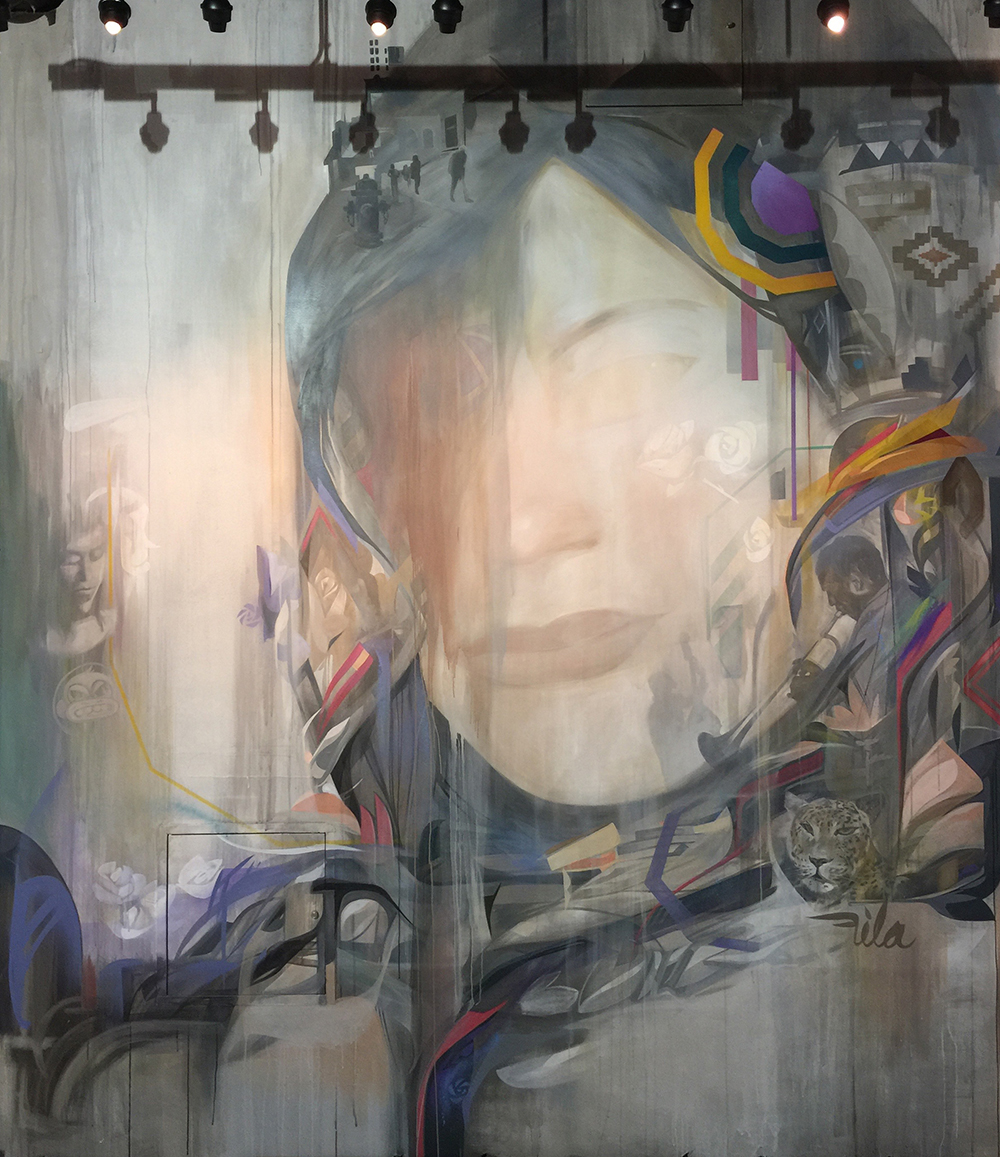 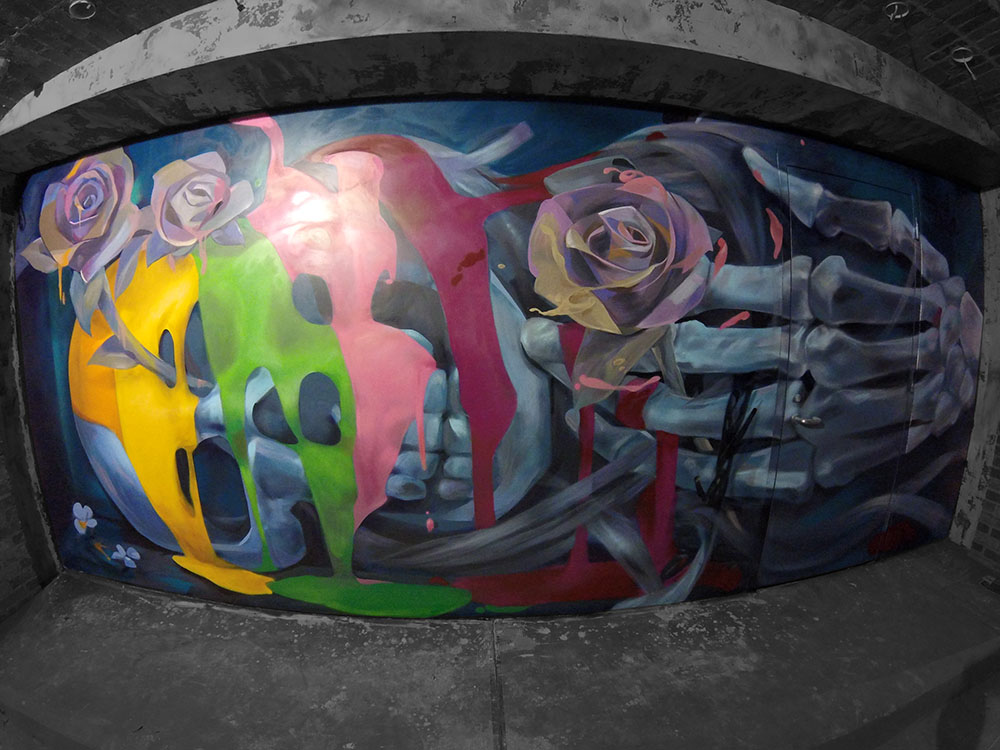 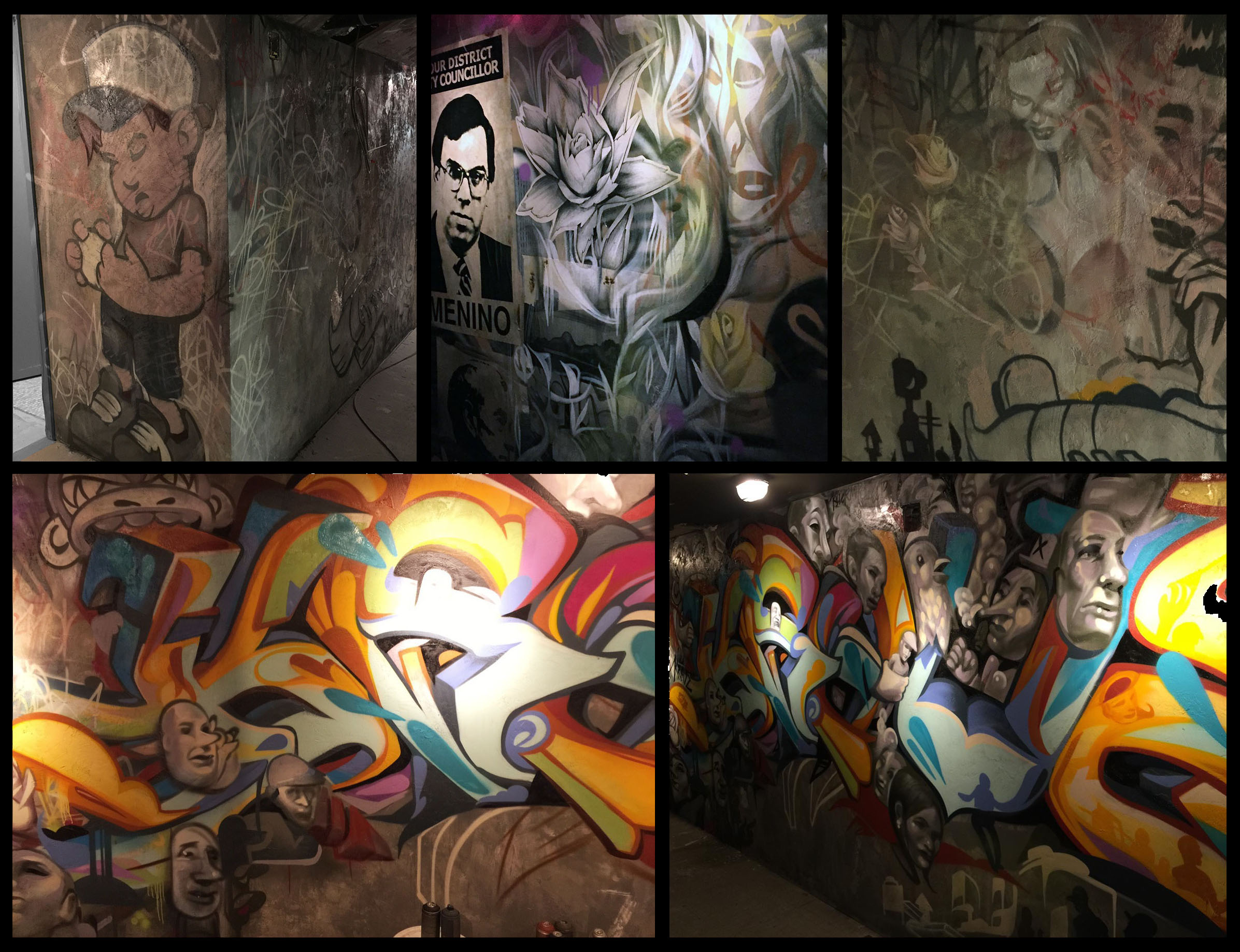 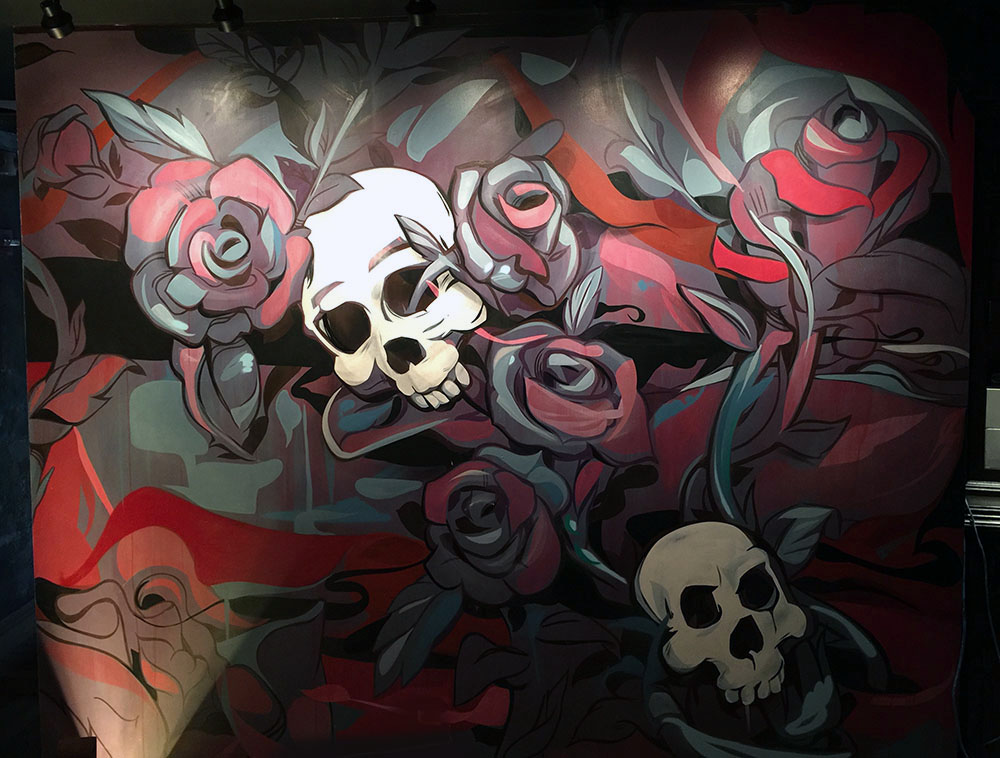 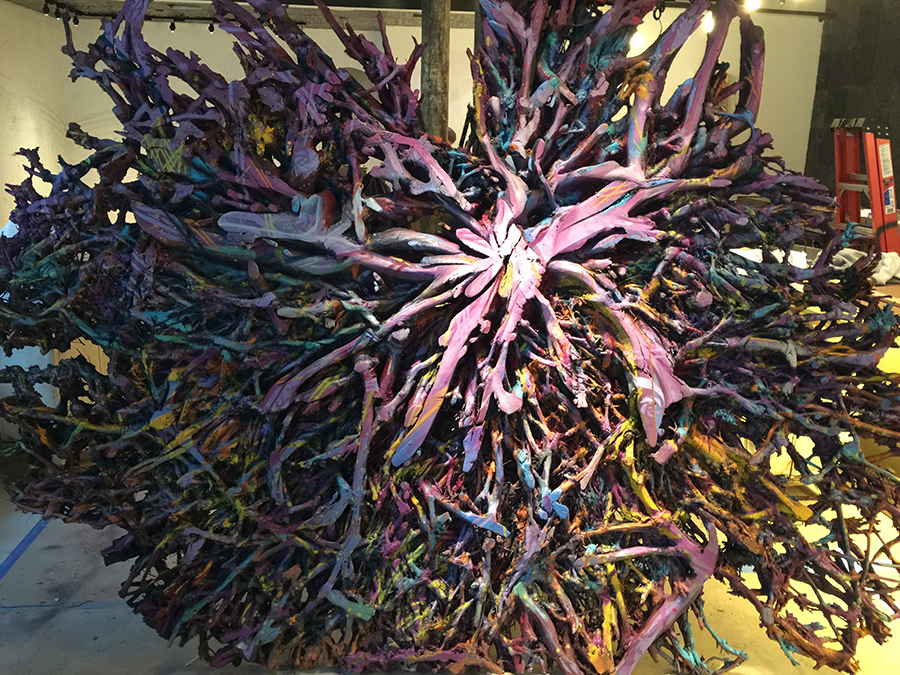 Boston is my third favorite city. The wife and I get up there a couple times of year either for my work, or to visit her family. The cover photo is a piece I created in Salem, Mass for Punto Urban Art Museum in 2017. This started off as a free flow drawing that was loosely character based. It resembles some kind of obscure totem, but for me it's really about letting go of actual characters, and playing with form. Most of my work in the Northeast exists in Boston. It all started when I was originally called in to create something like a penit  in the basement of what used to be J.F.K's favorite restaurant in an area known as Boston Commons, "Yvonne's". The ambiance now feels like a raw graffiti space with layers of delicate accents. Campaign posters from iconic politicians from the area as well as tags from legendary local graffiti writers tie the artwork to the community.

A couple of years later, the same client called me back. They were opening a new spot named "Ruka" in the ground floor of the Godrey Hotel. I painted a lychee root from Thailand that spent it's life submerged in water. It's spending it's afterlife hanging from their ceiling. I also painted a not so typical portrait on the wall. The following year, they flew me back to adorn a few walls with skulls at Lolita Back Bay. 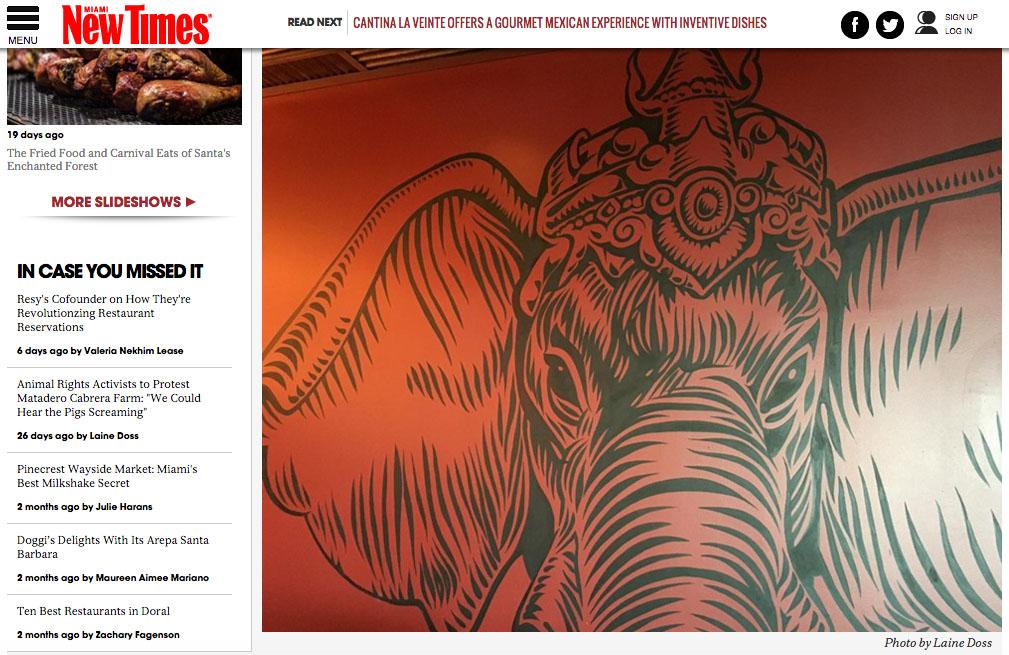 Piyarat Potha Arreeratn, "Chef Bee", chose Kraveart to develop branding for NaiYaRa on Miami Beach. The restaurant's elephant mascot is represented front and center in a hand-drawn mural alongside the bar. Miami artist Danny "Krave" Fila designed the peaceful pachyderm and did most of the restaurant's artwork, combining old Thai movie posters with stenciling.