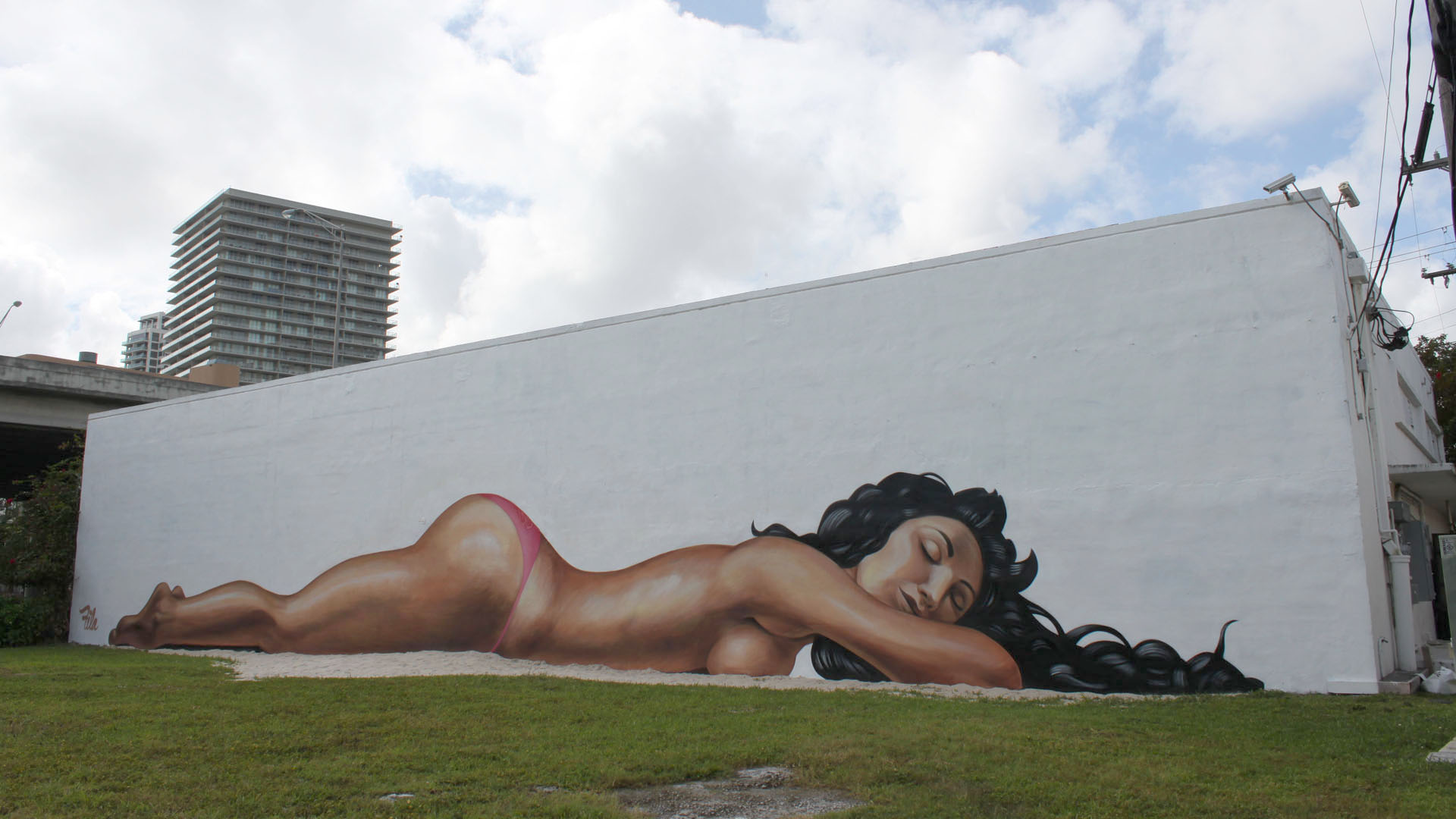 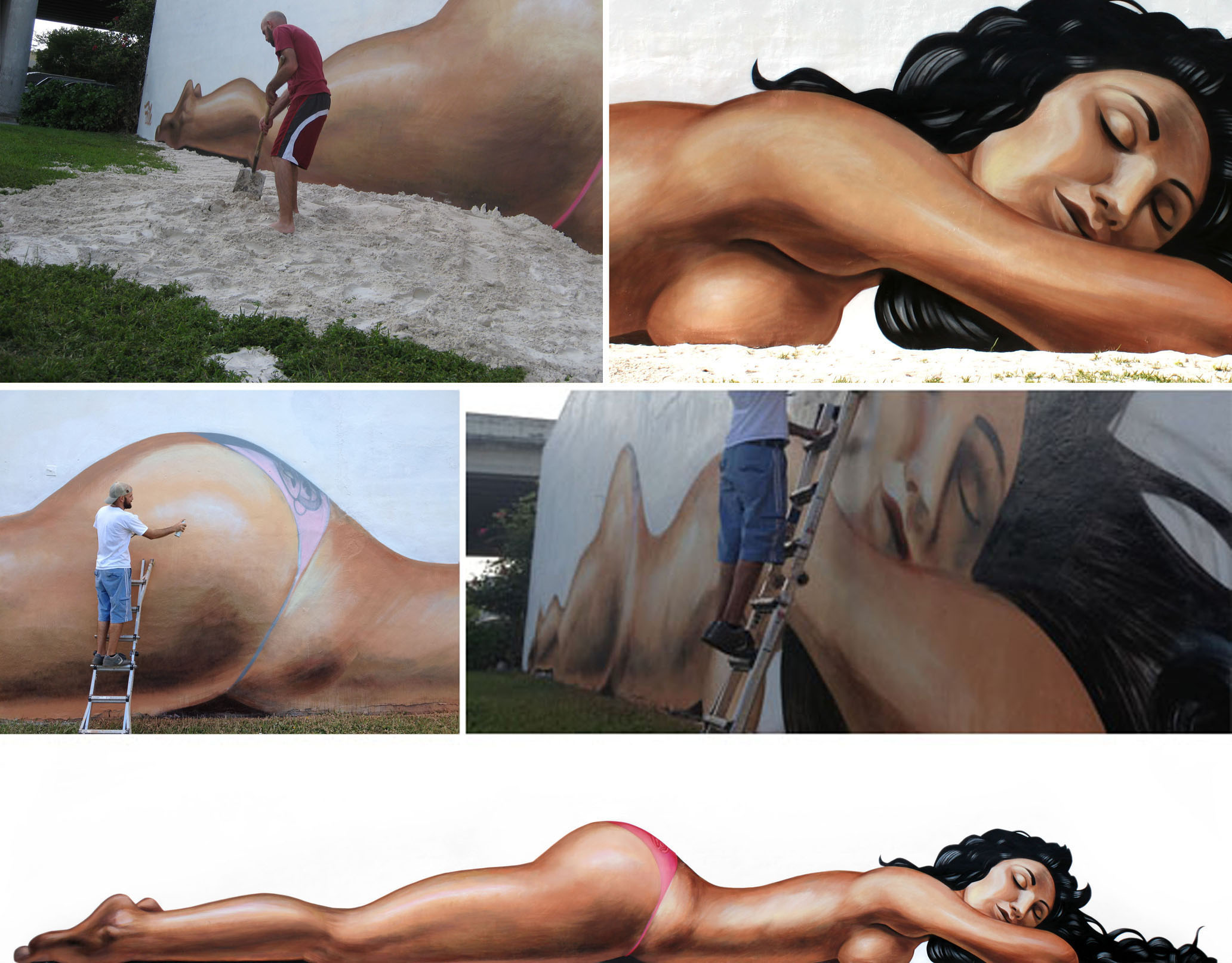 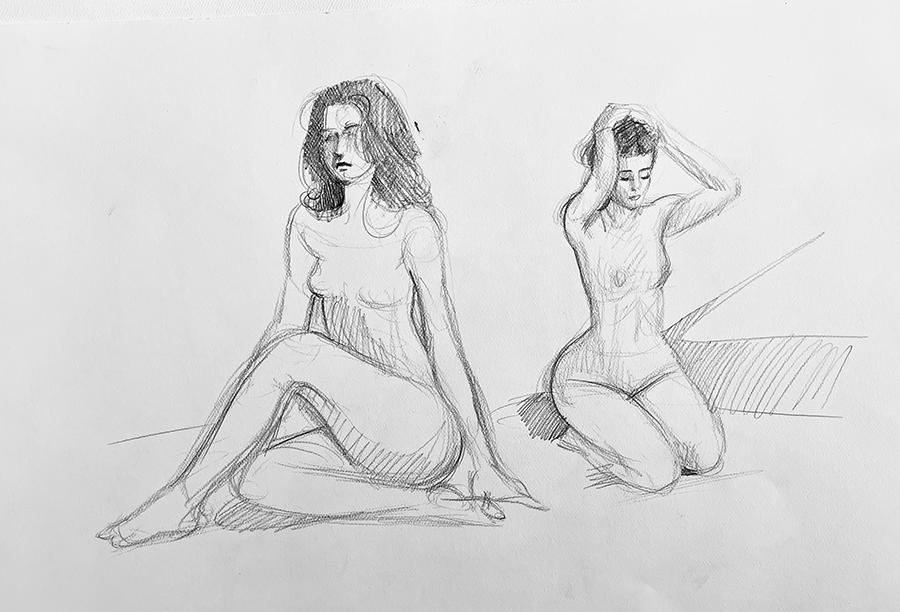 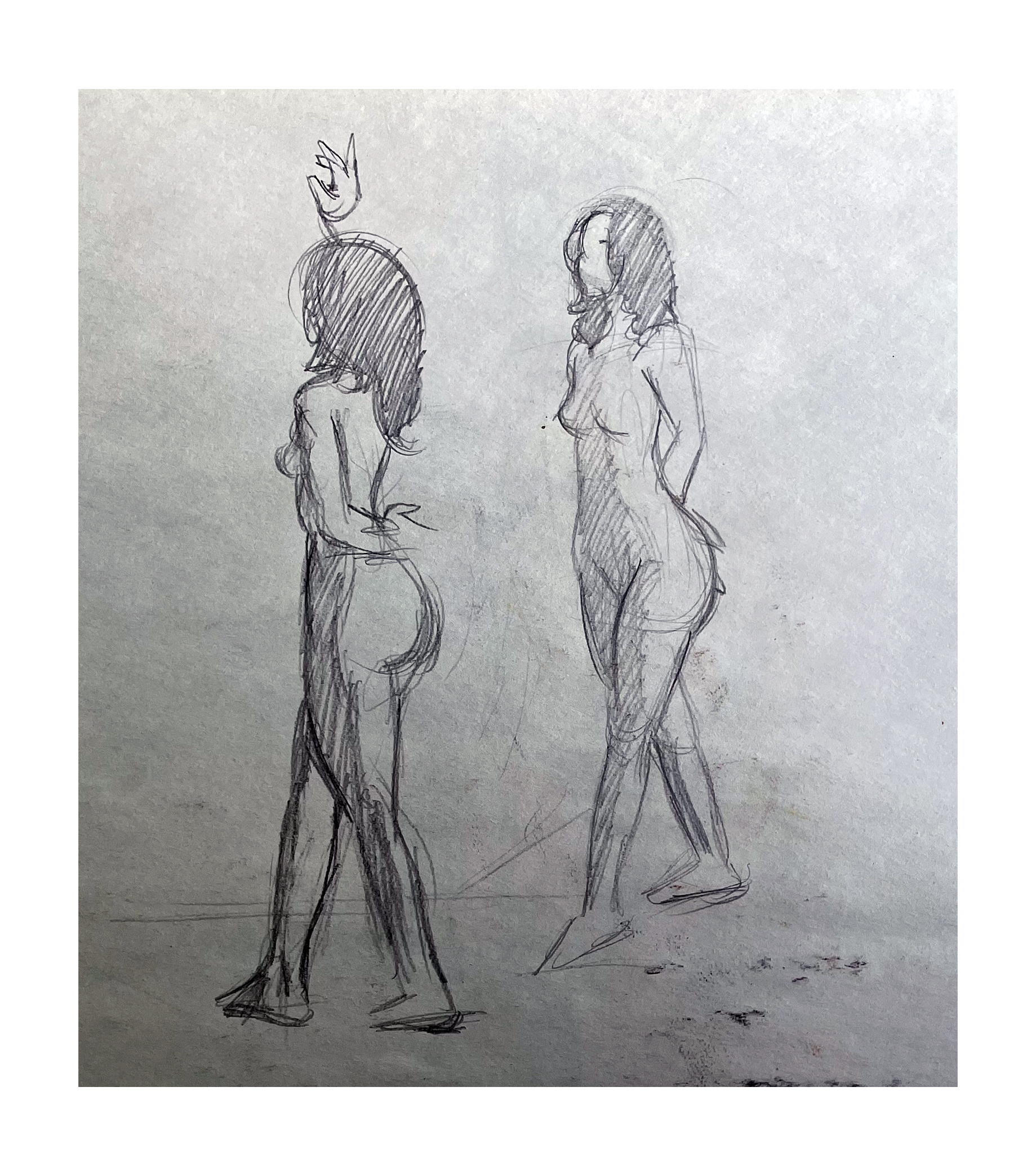 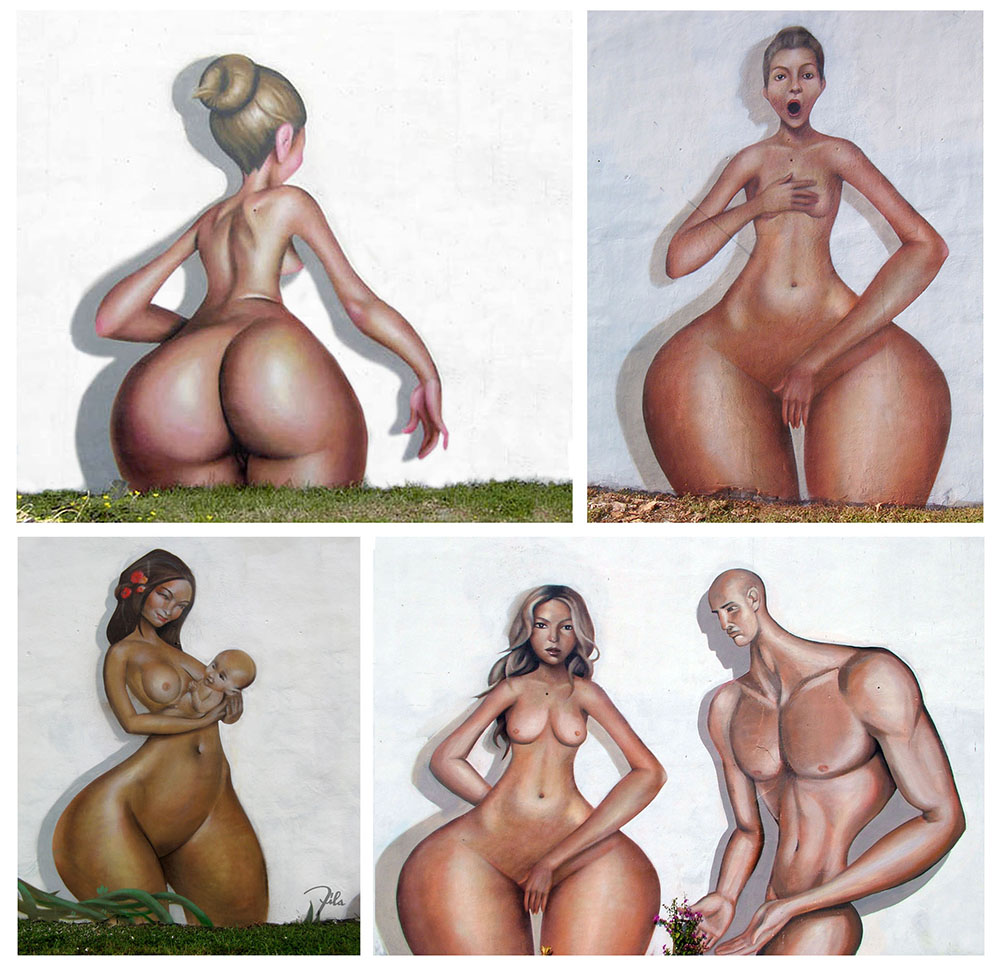 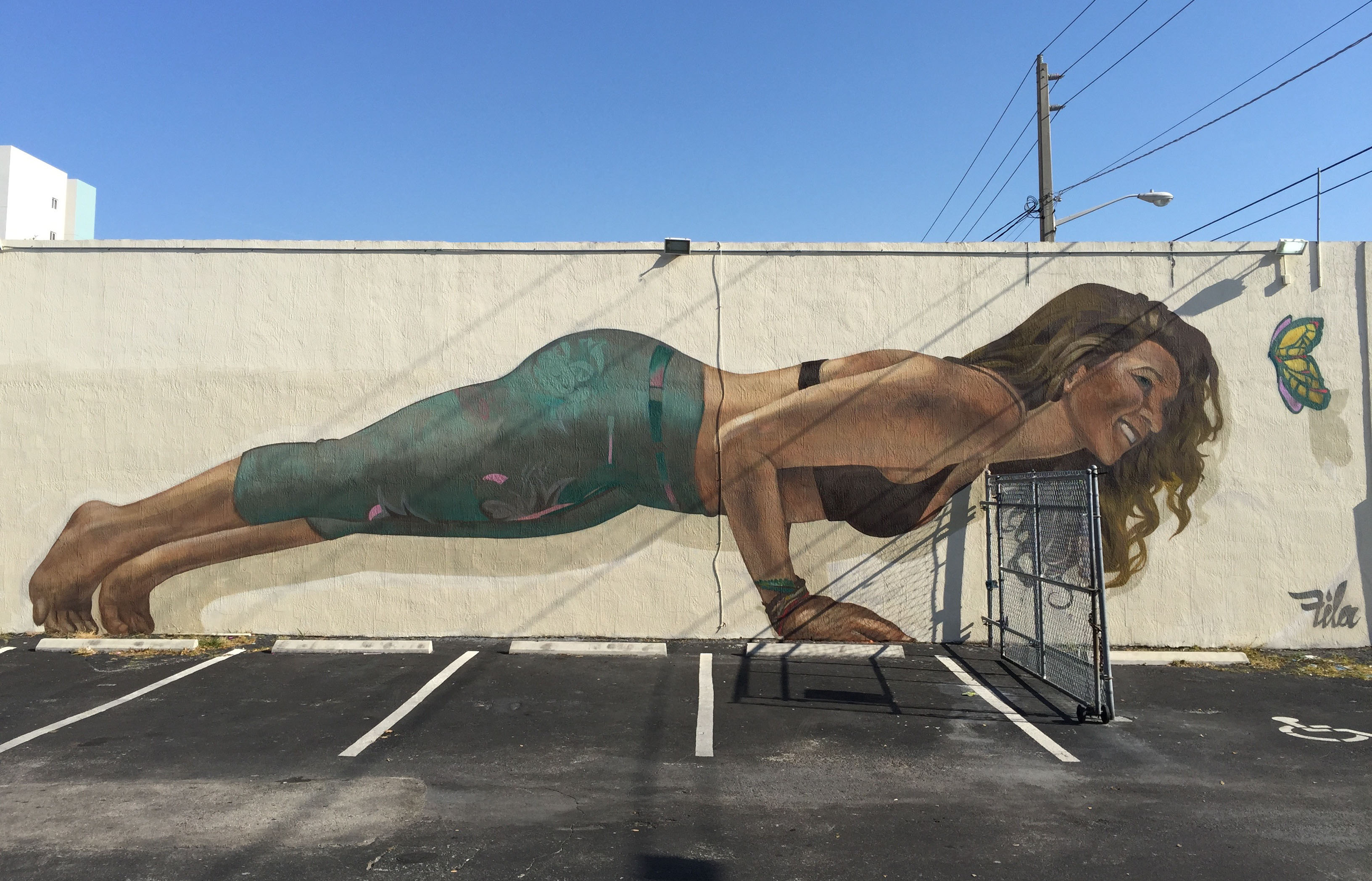 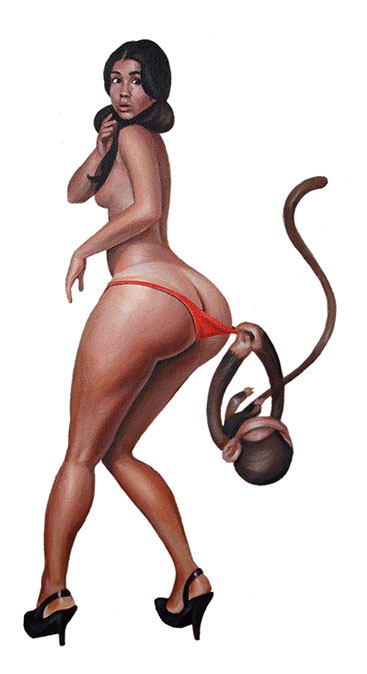 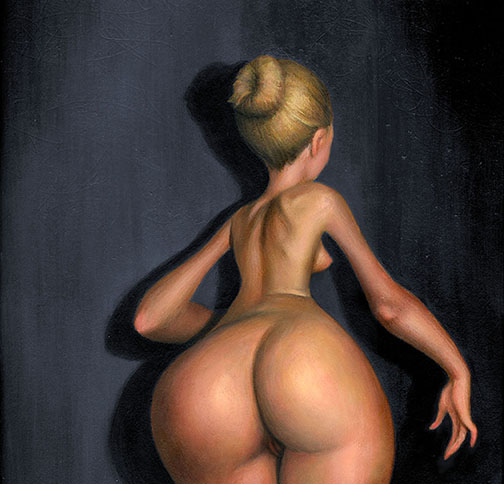 Painted in 2013, she has become an iconic image over the years. The Sunbather series begain with an idea  to bring Miami Beach inland. I had a fading mural on a great wall located on Ne 36th street and Biscayne Blvd., and needed to come up with something before I lost the spot. After sketching the idea on a napkin, I knew it had to be done. We even ordered twelve tons of sand to be poured in front of the wall, and for a few months you got to have a real beach experience. Since her inception, she has landed in national publications, and received global visibility when the major motion picture by Paramount Pictures, â€œPain and Gainâ€, starring Mark Walberg and Dwayne Johnson featured the mural in a major scene. There is now an ongoing series of Sunbather murals, and canvases in my portfolio.


Here are a list of her original Sponsors:
The Michael Margulies Artist agency, The Benamor Group, Into Action Treatment, D.O.G, Printhouse U.S.A, and Oppenheim Architecture + Design. 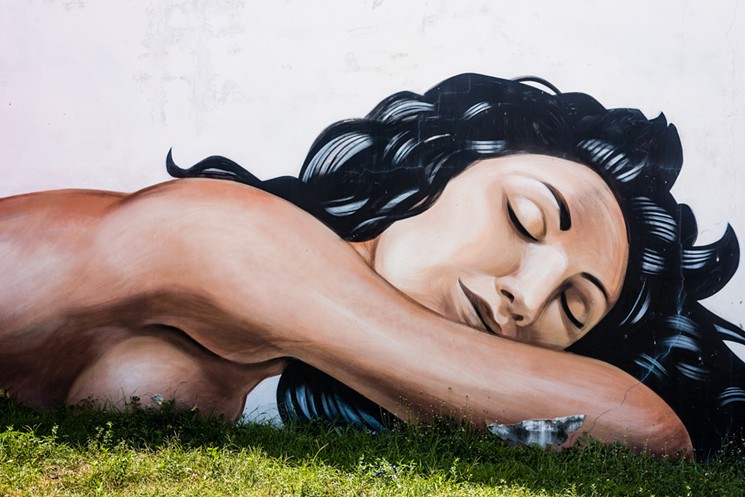 Daniel Fila, AKA Krave is featured in this article with nine other artists for his mural, "The Sunbather", located at Biscayne Boulevard and Northeast 37th Street in Miami. The New Times ranks Dan's among the top ten murals in the city, outside the Wynwood area.  The original Sunbather mural achieved international exposure when it was featured in Michae read more