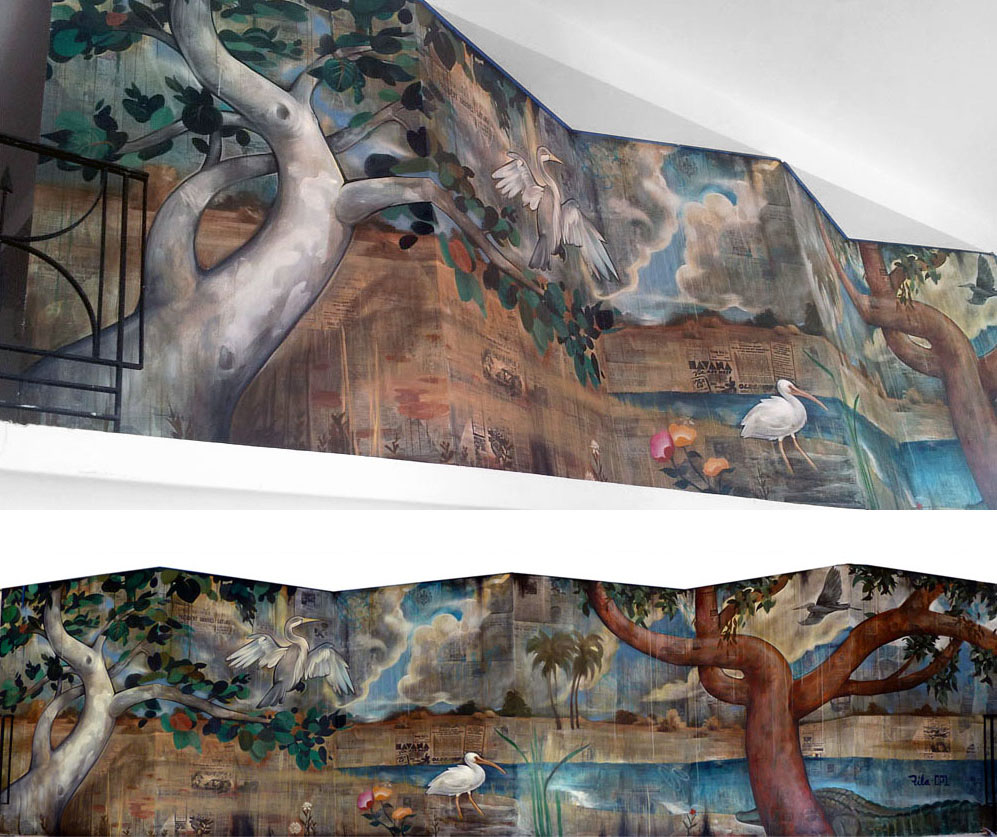 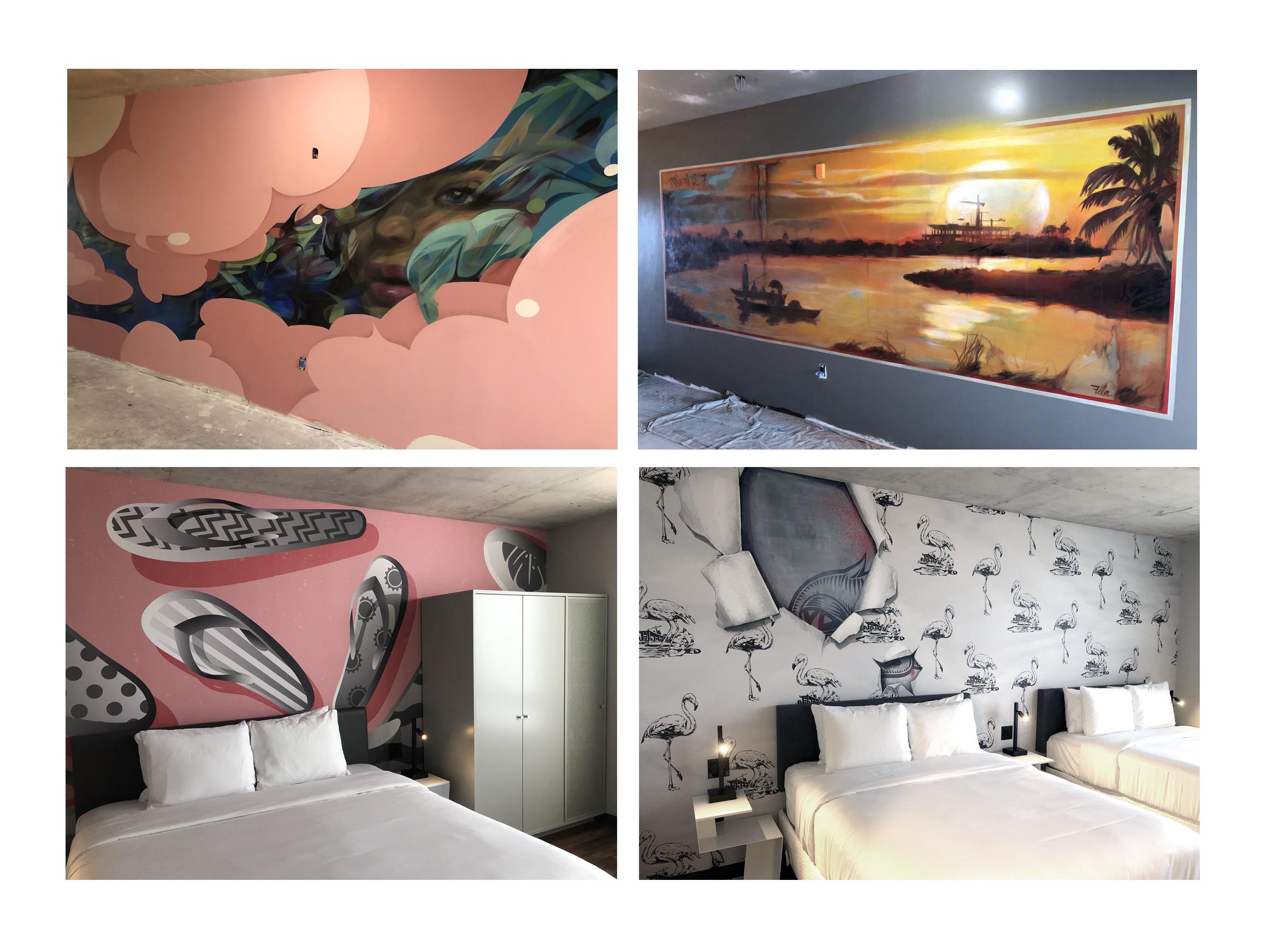 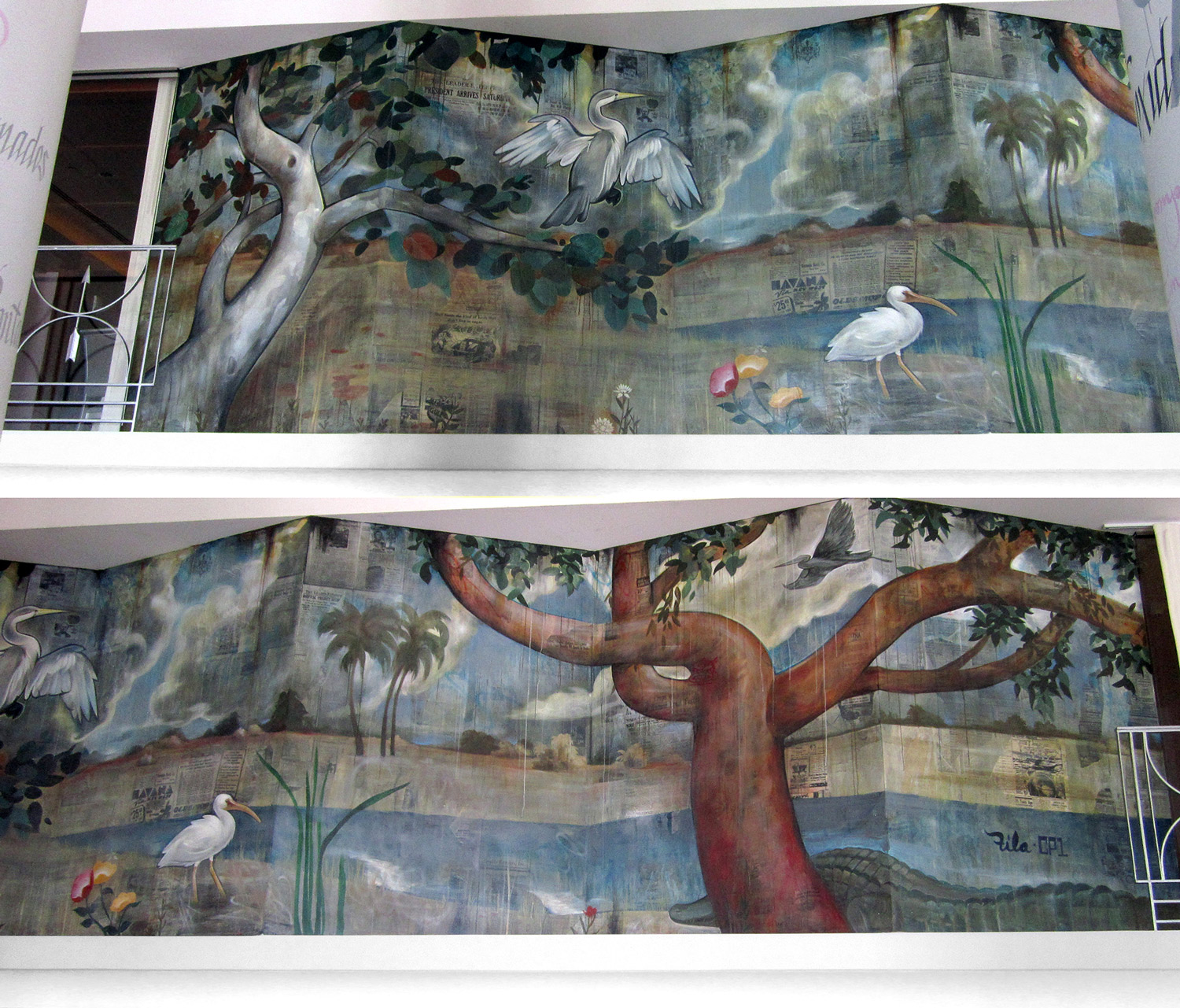 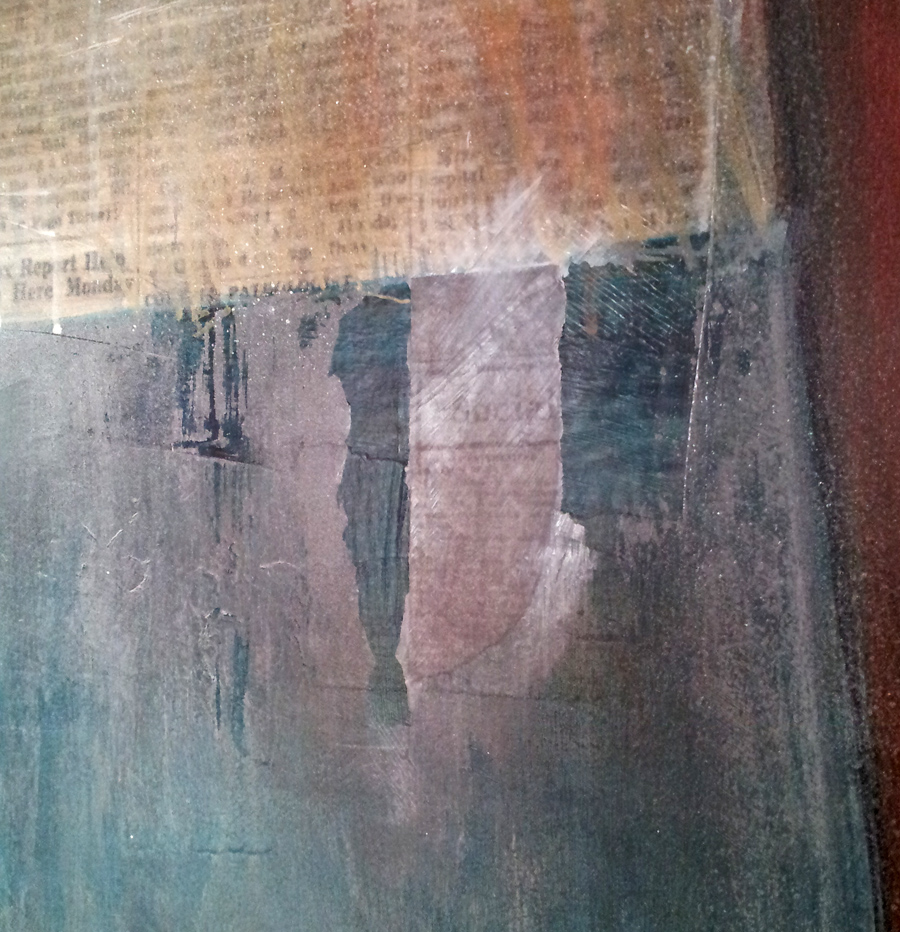 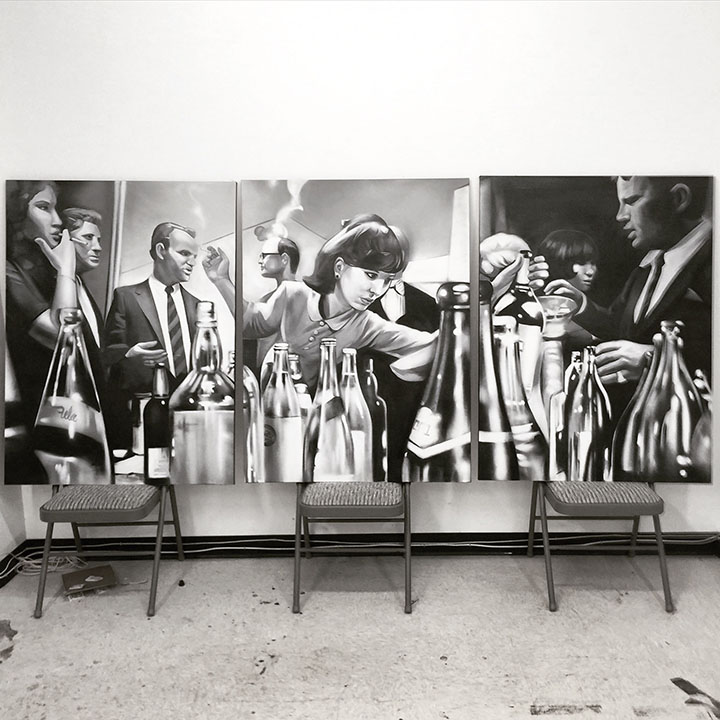 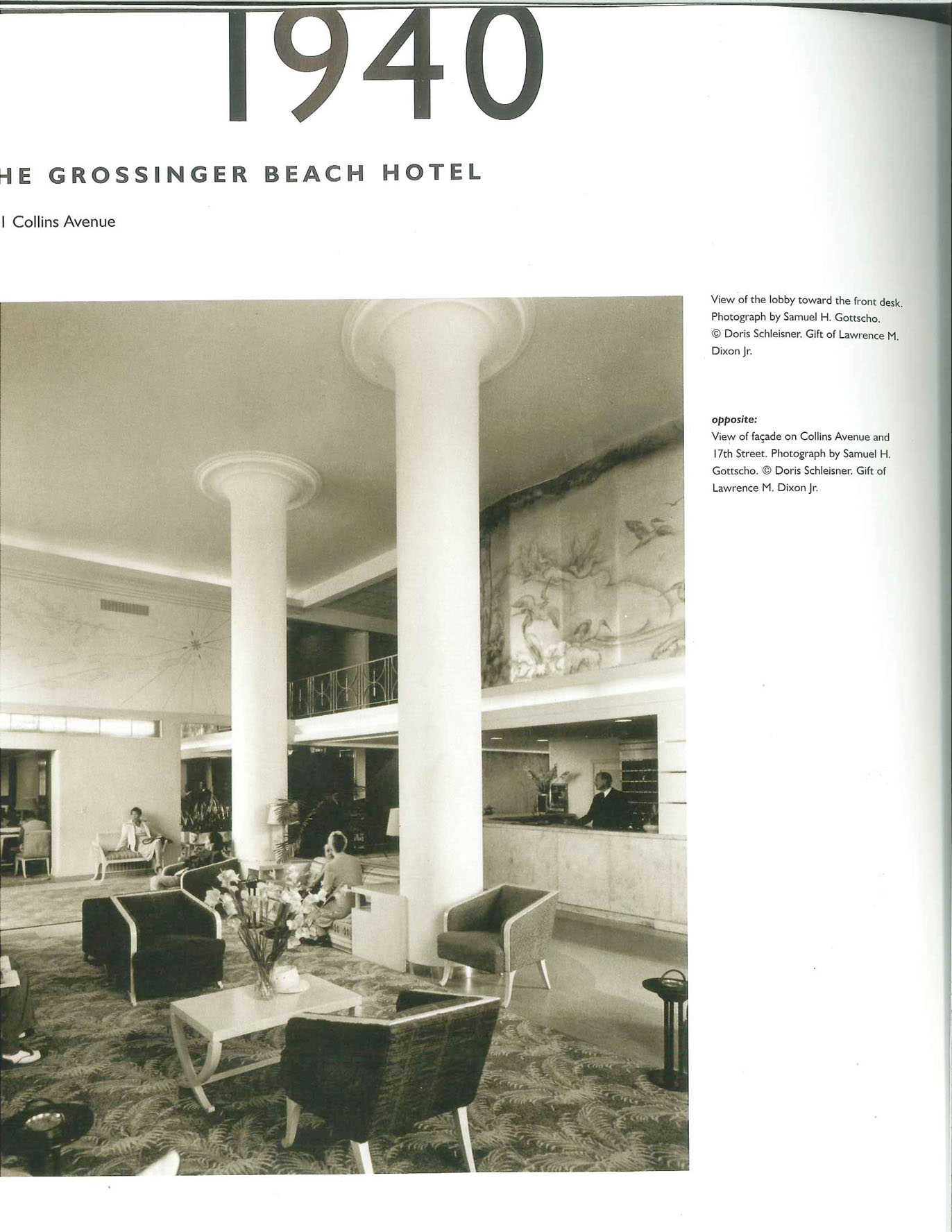 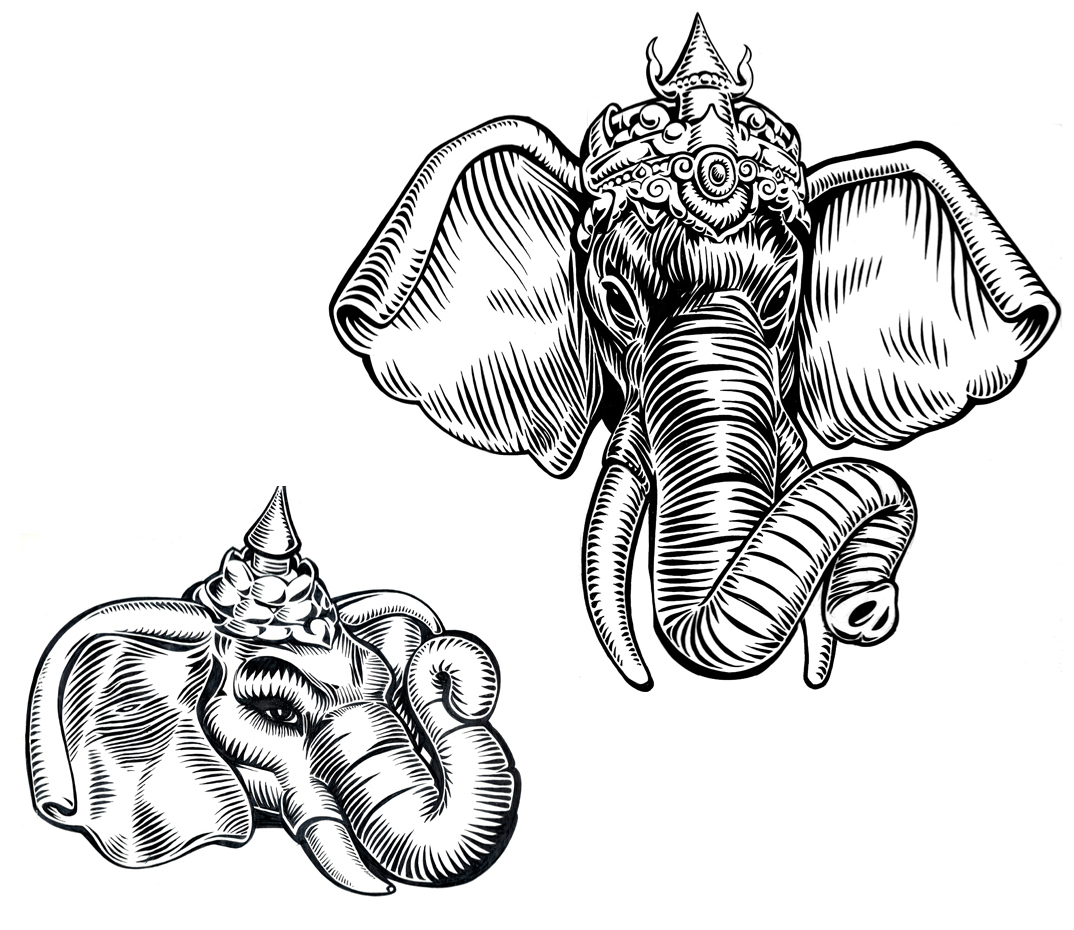 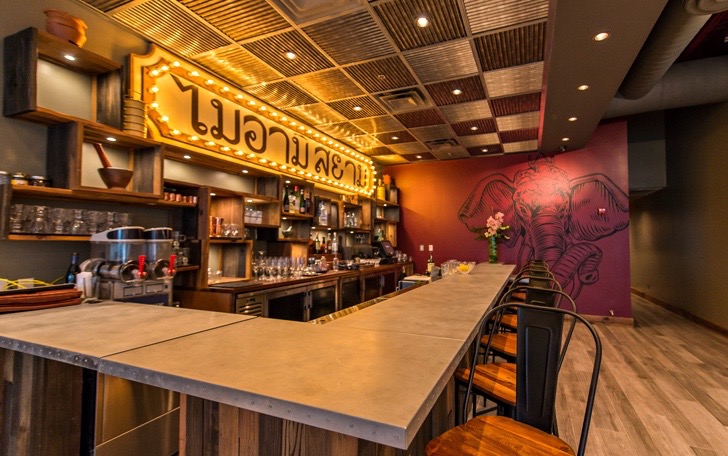 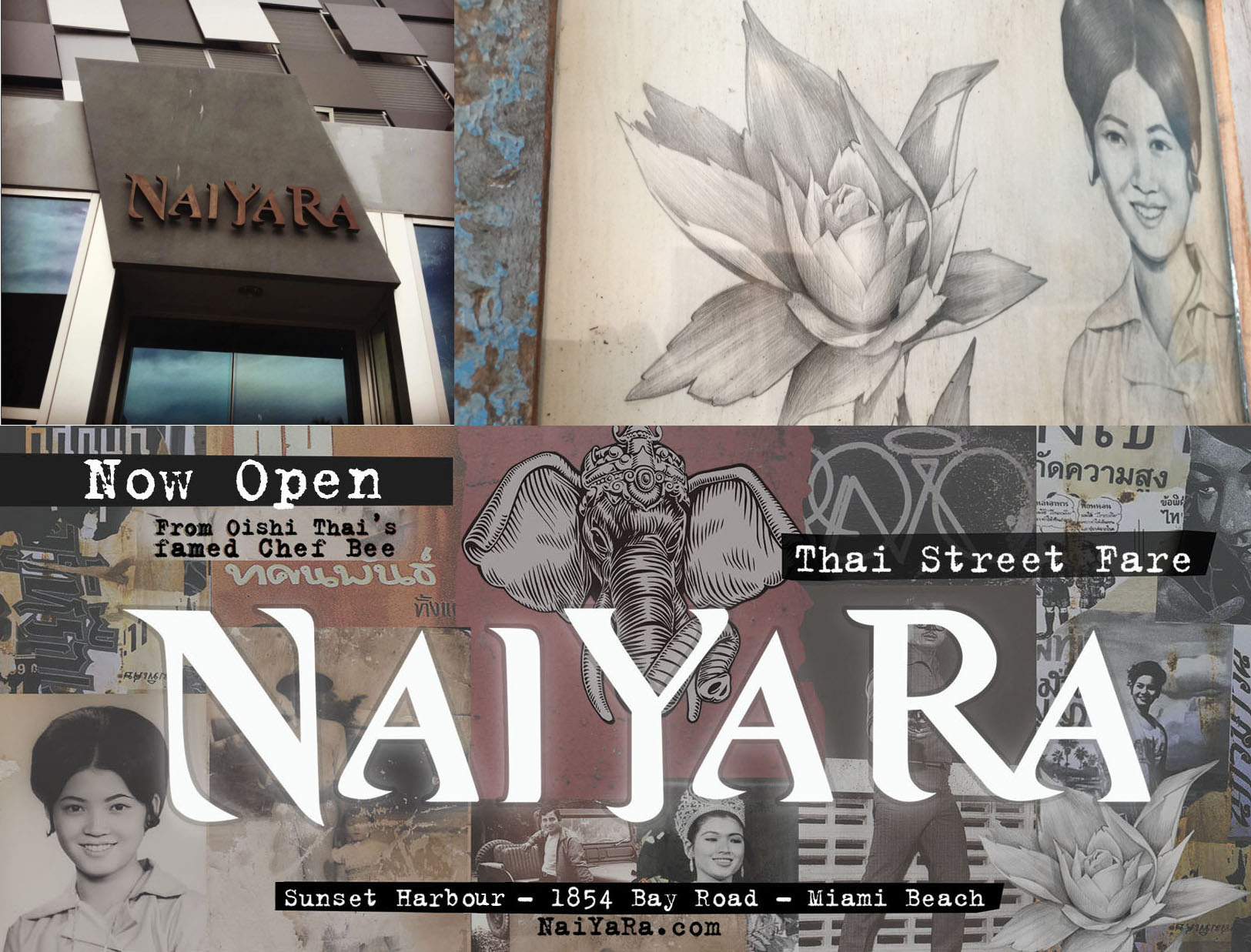 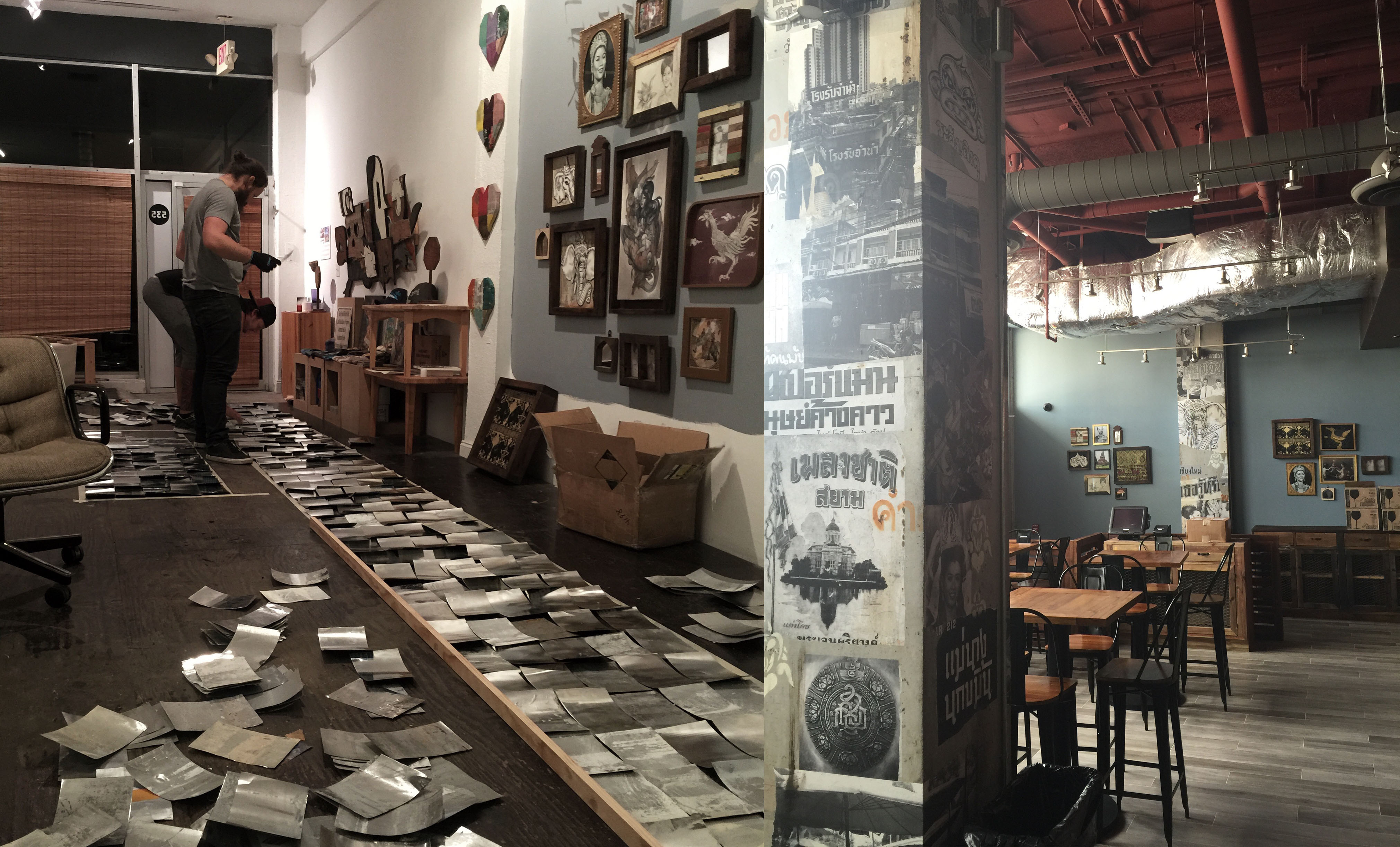 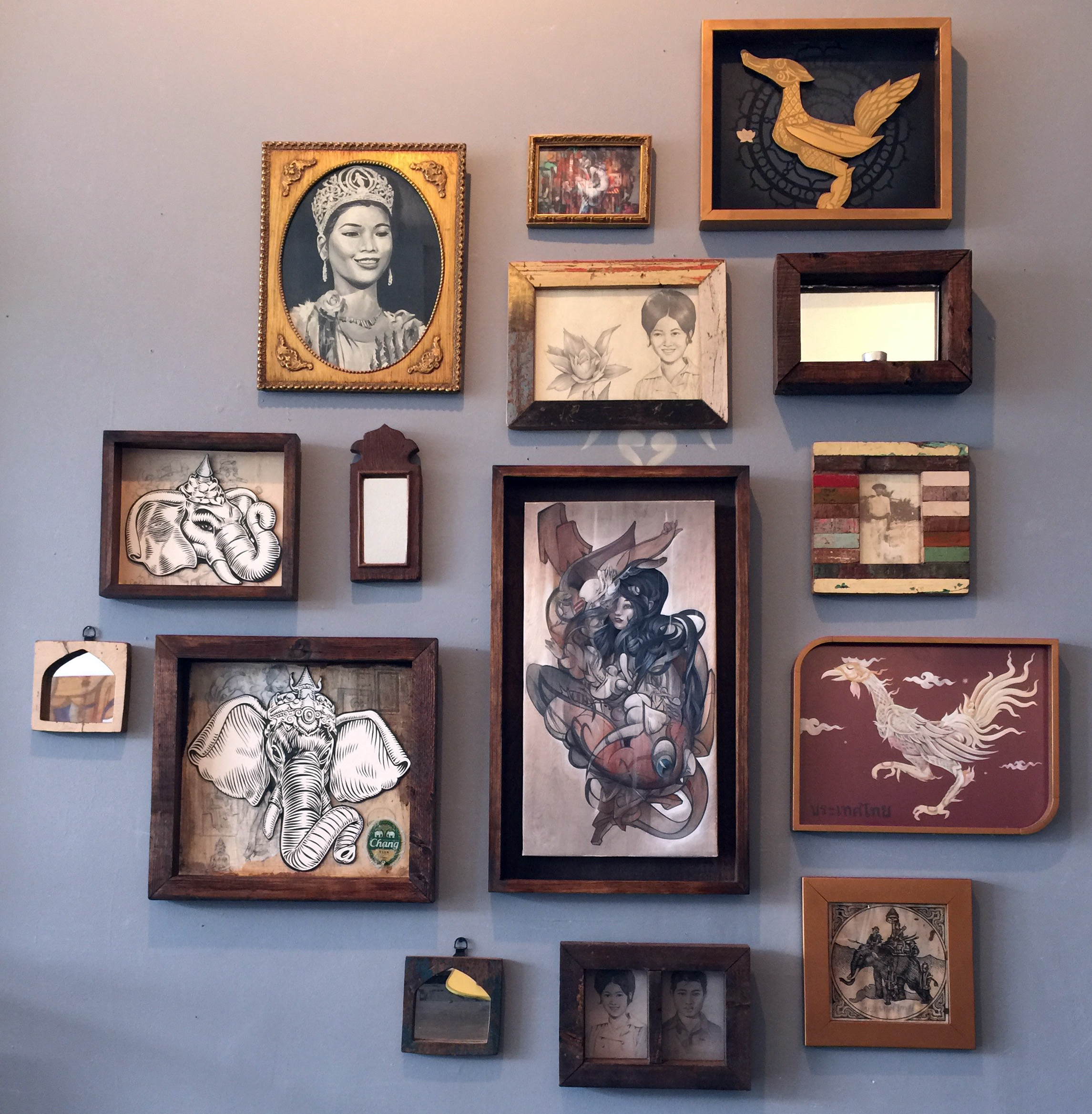 Artist Claudio Picasso and I were approached when the SLS Hotel opened inside of the  what was initially the Grossinger Hotel, which first opened in 1940. Using newspapers from the era of the hotel’s origin (mainly the Leadership Enterprize) that we found in the University of Florida library, we wheat pasted a collage onto the accordian wall. The original mural that they had was an asian style landscape. We created our own landscape on top of our collage representing a scene you would have typically found in Florida back then. We used native plants, and species such as the great egrit to illlustrate this multi-faceted mural depicting historical accuracy. Another notable fact about this assignment was that we worked directly under Phillipe Stark, one of the foremost designers on the planet.

Oberhausen Marketing and PR contacted us to help design the aesthetic for the restaurant. From the original mood board to the final space photos, the artwork created for Chef Bee's restaurant on Miami Beach was meticulously conceived and executred. I flew to Thailand to do research partially paid for by this job. The idea was to create an urban chic aesthetic, that is authentically Thai. From the original oil painting of the first Miss Thai universe, to the weathered drawings of Chef's mother in a custom south east asian frame, everything received a genuine touch. Canlove came in from L.A to do create a facade above the sushi bar using recycled spray cans. It has been opened now for nearly a year, and it one of the top spots on Miami Beach to eat at. The food is Alloy Maak (very delicious). Photo credit to Thrillist, and Laine Doss in that order for the first two photos. - See more at: http://kraveart.com/art-detail.php?id=122#sthash.JS0db6Pk.dpuf

Also, a couple of extra pieces done with CP1.