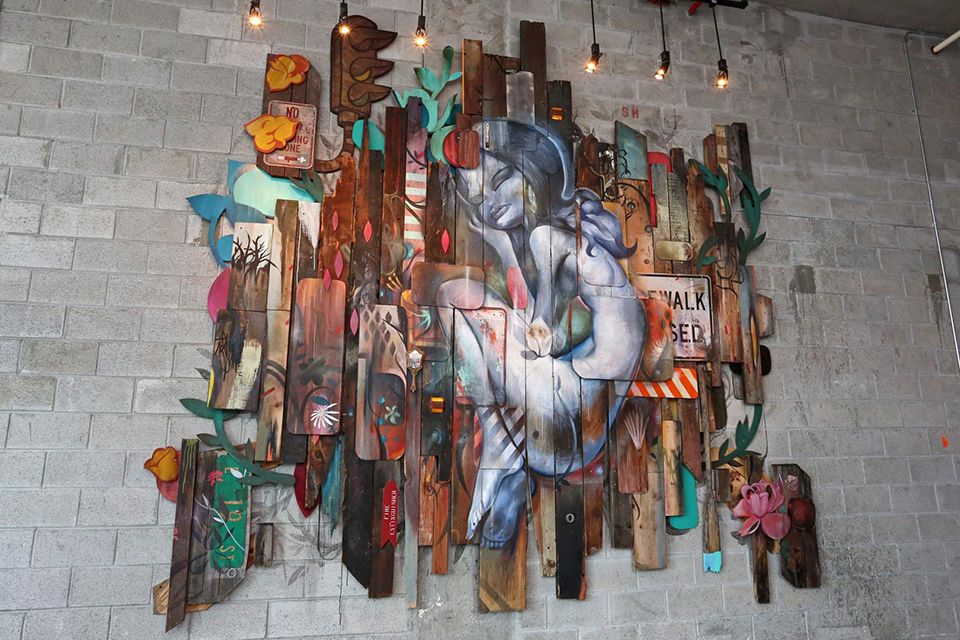 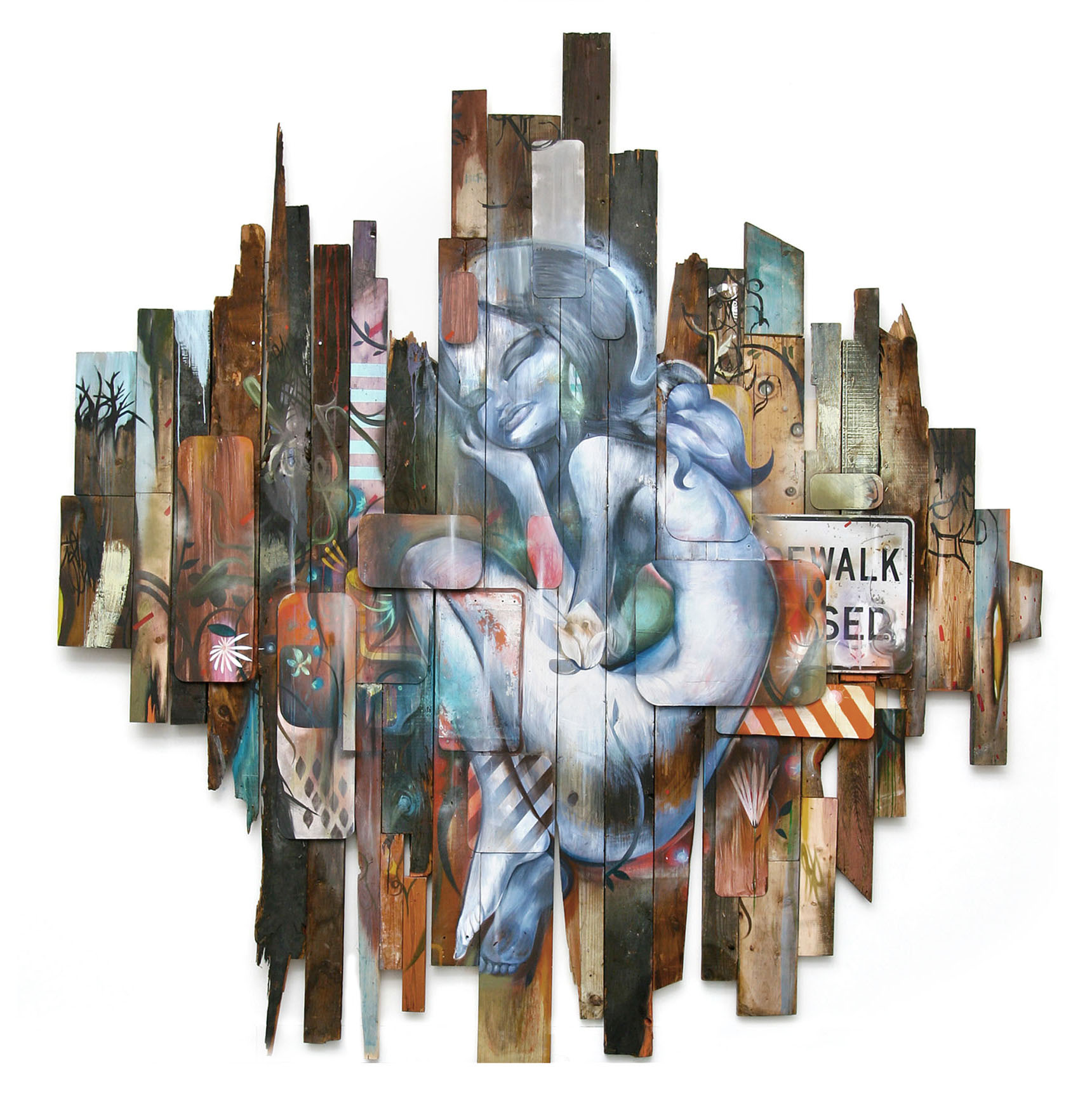 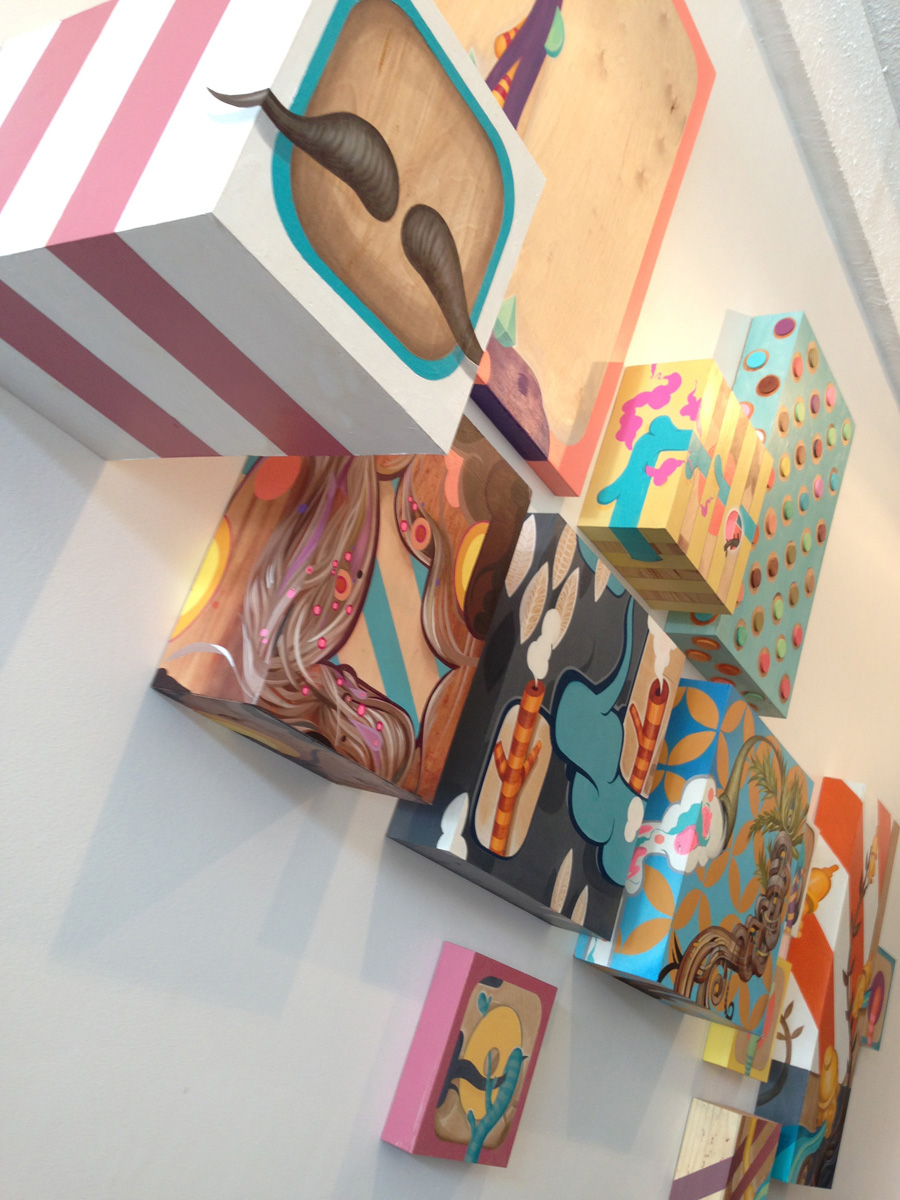 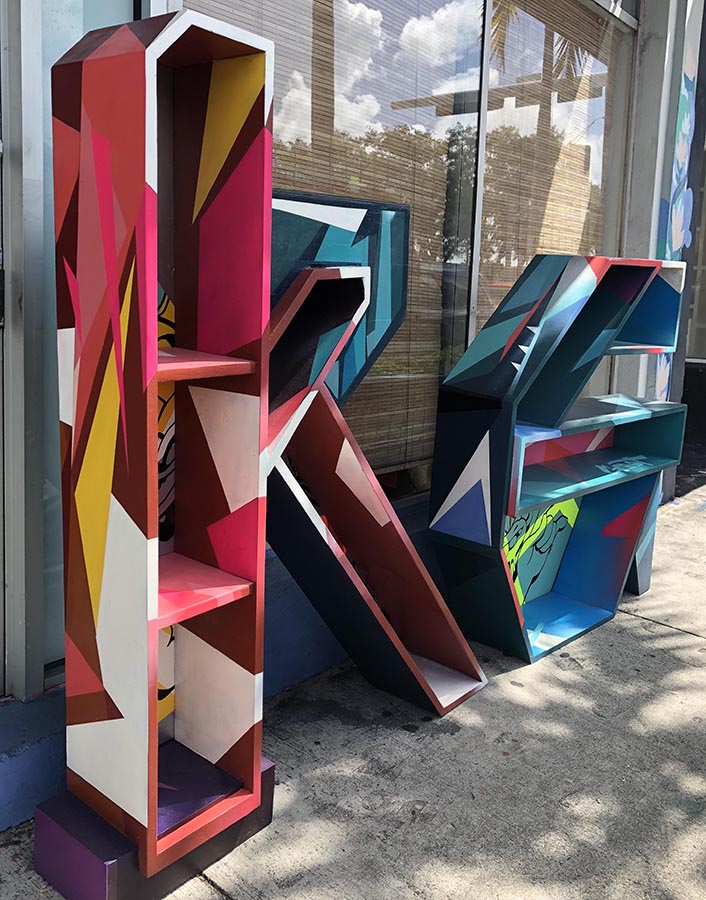 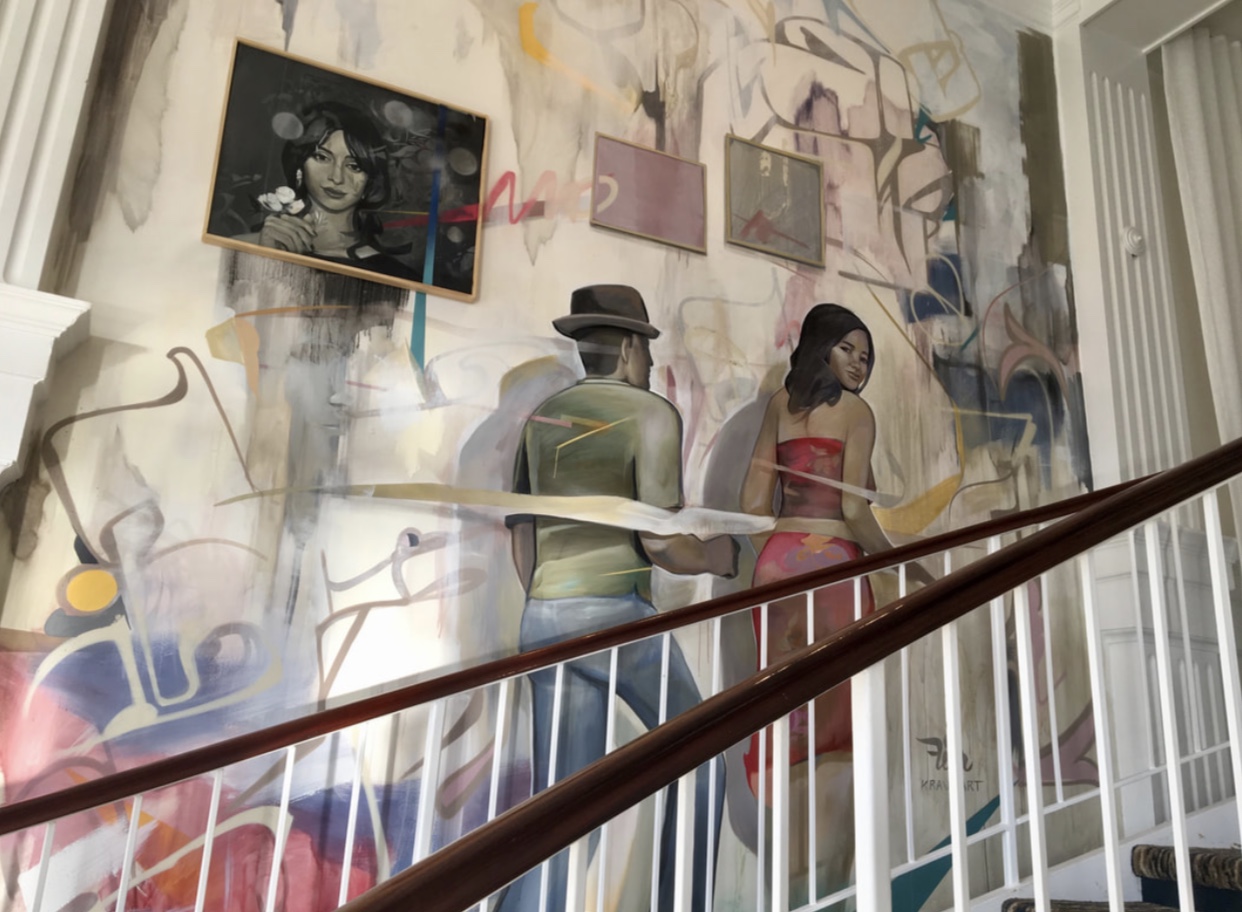 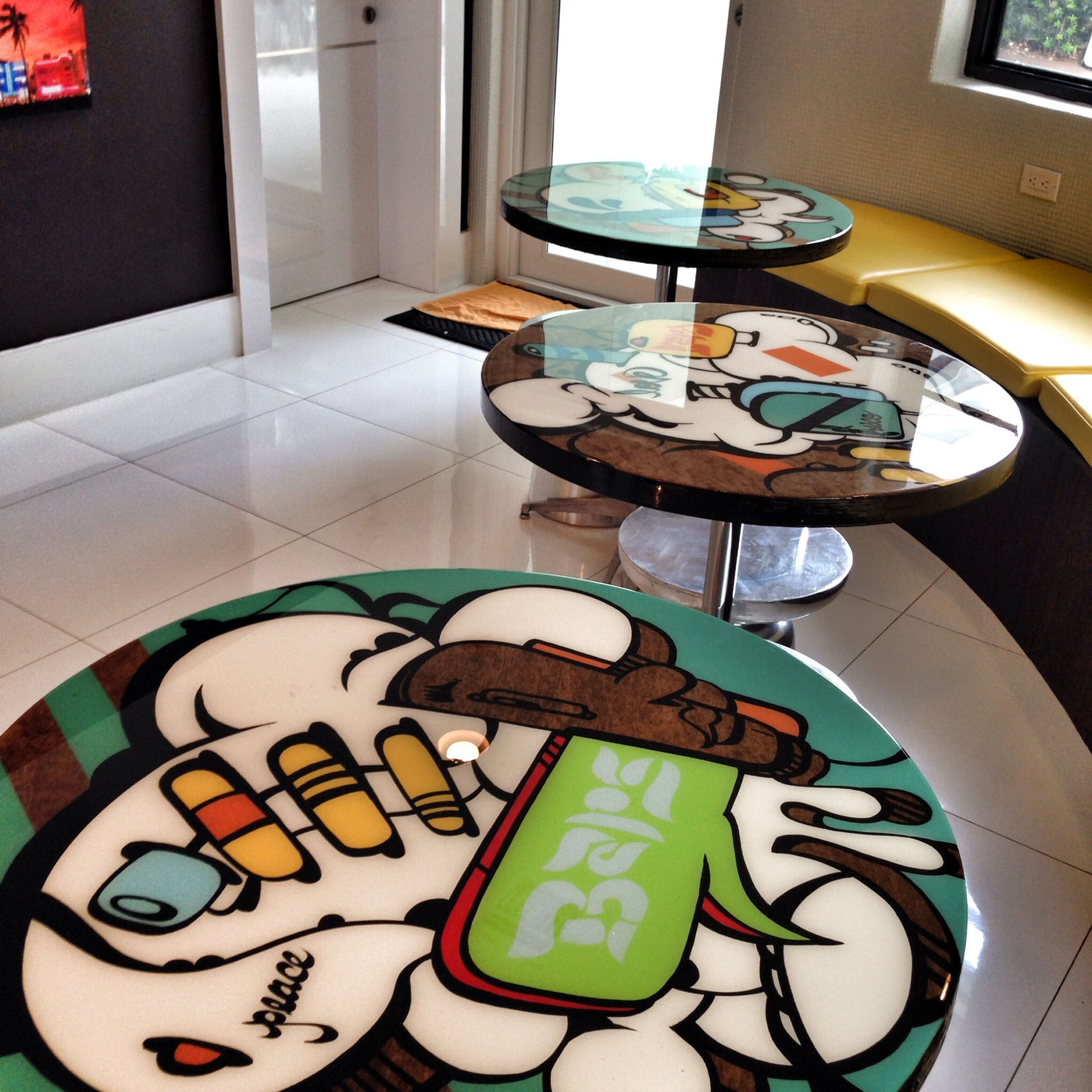 This massive piece weighs a ton. Every time we moved it, it required a crew and box truck. It is primarily constructed with repurposed dade county pine wood found at a demolition site in what was known as the little river district of Miami. There are seven sections to the piece. It is now in it's permanent resting place in the Arts and Entertainment district. Spirit Tsunami was created originally in 2011 as a tribute to the human spirit that survives amidst life's struggles. It was made to be exhibited in the Surface Merchants show while we were represented by Michael Margulies. The subject is somber and in the fetal position to portray innocence within a jagged environment. The background contrast was made with 1950's reclaimed pine wood, and street signs. It was purchased in 2014 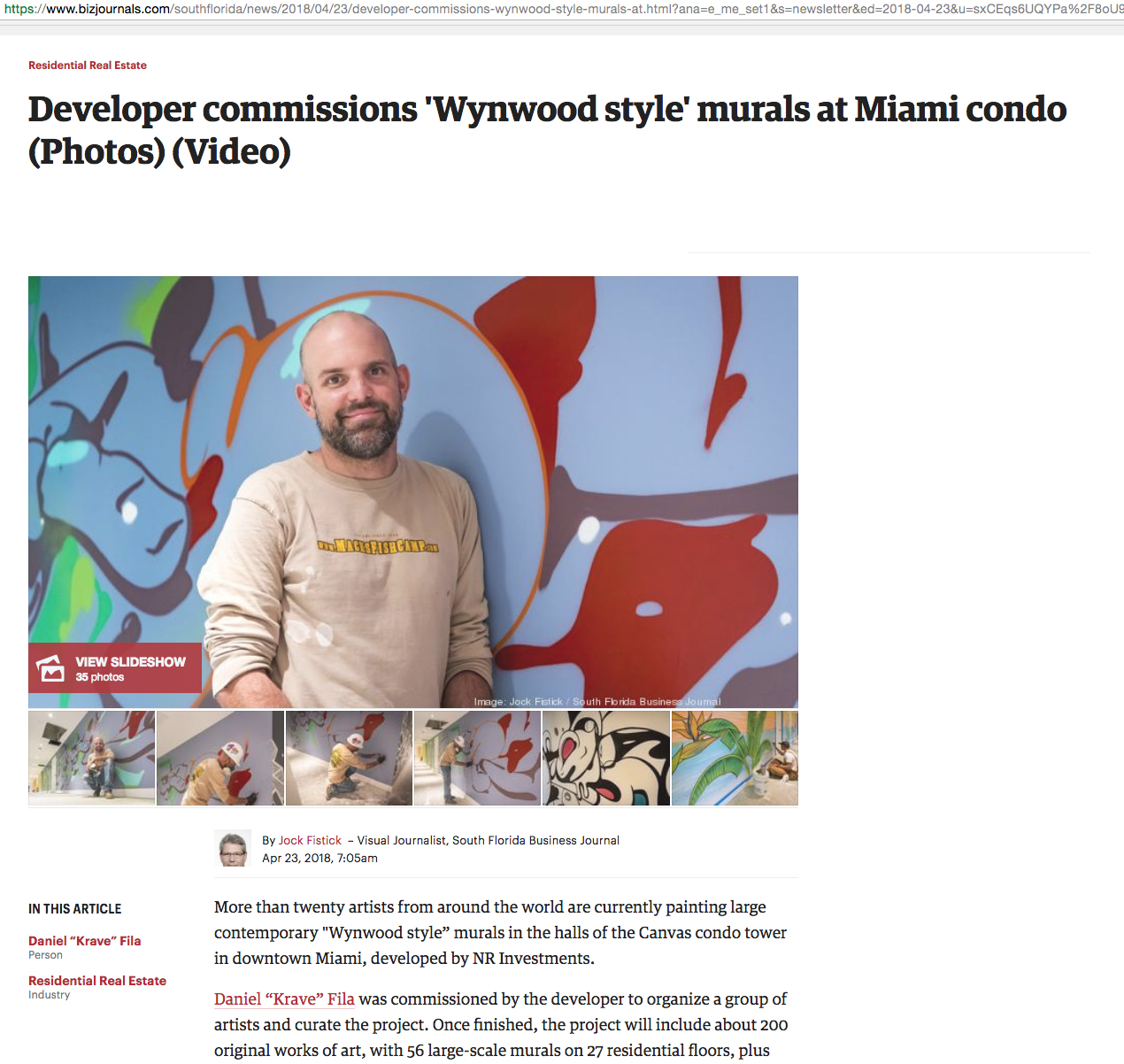 More than twenty artists from around the world are currently painting large contemporary "Wynwood style” murals in the halls of the Canvas condo tower in downtown Miami, developed by NR Investments.  Daniel “Krave” Fila was read more