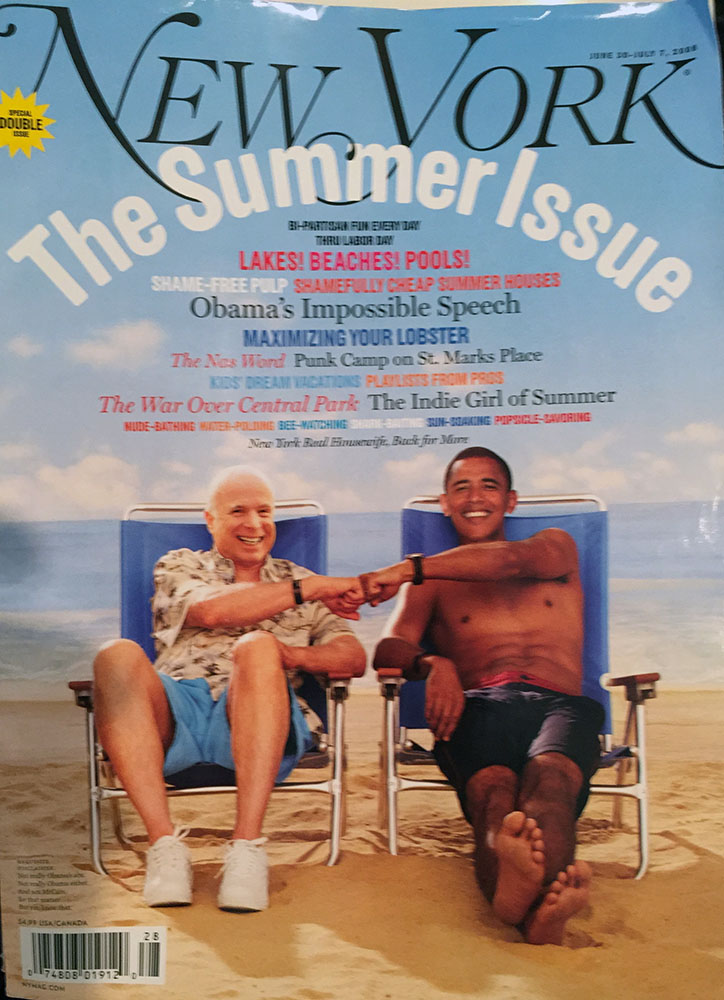 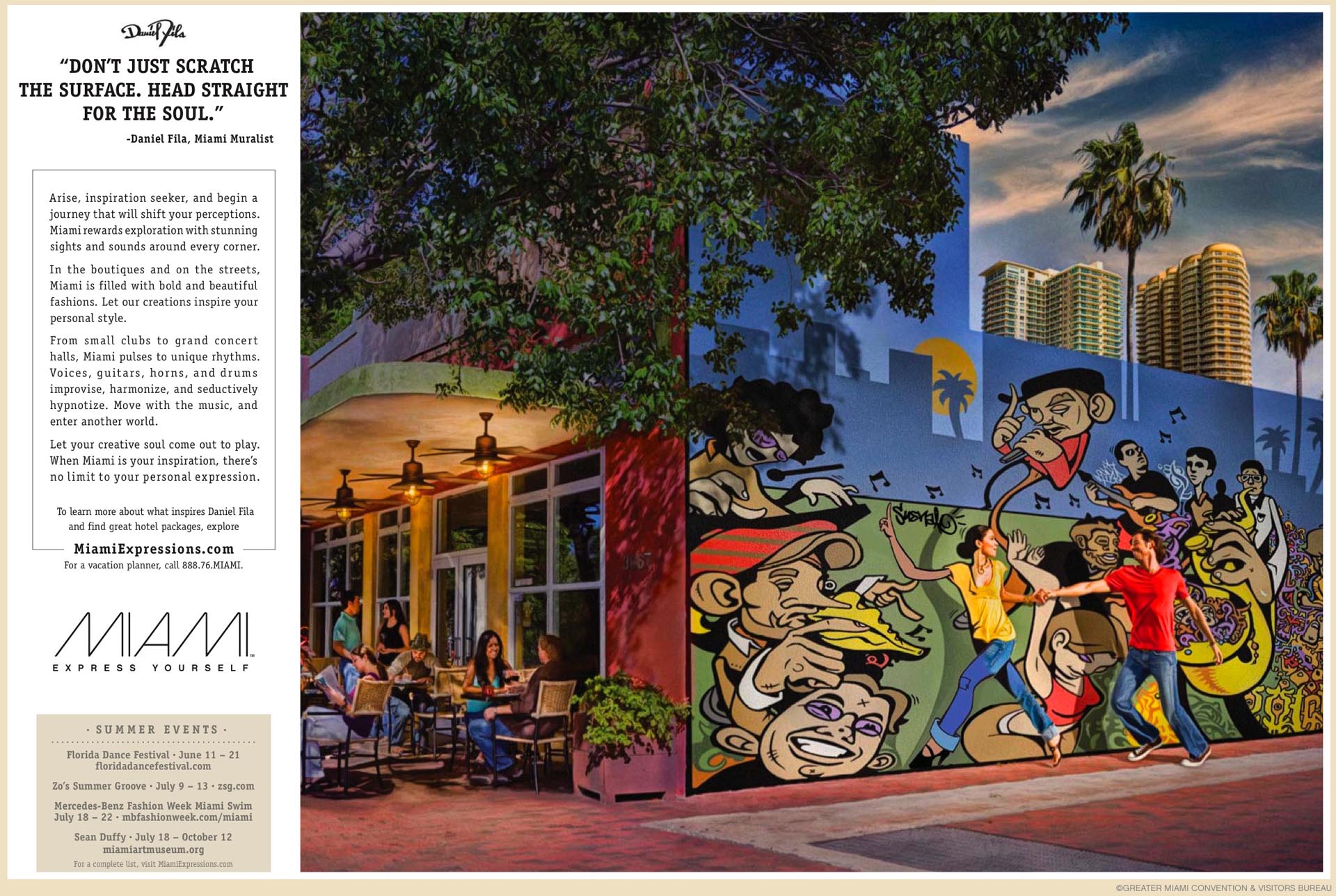 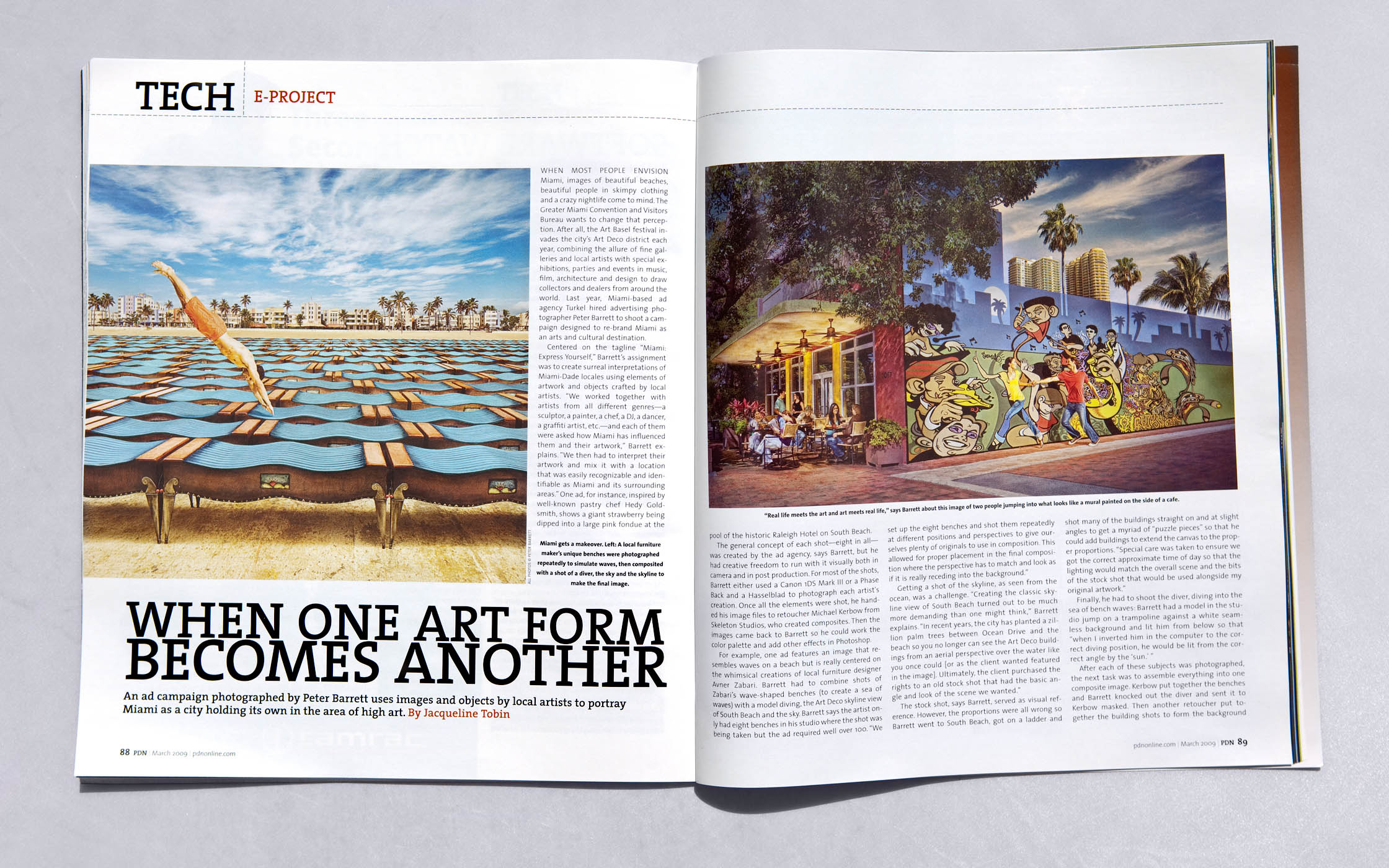 The Greater Miami Convention and Visitors Bureau commissioned me to create a video advertisement promoting the city, which featured an animated version of a piece, originally commissioned by the band, Suenalo, which was transformed into a street mural. The two page print ad in this issue of New York Magazine captures a still from the video incorporated into another Miami street scene, where I am seated at an outdoor cafe drawing. I am quoted for the ad headline.  New York Magazine, June 30 - July 7, 2008 Issue, Pages 78-79.