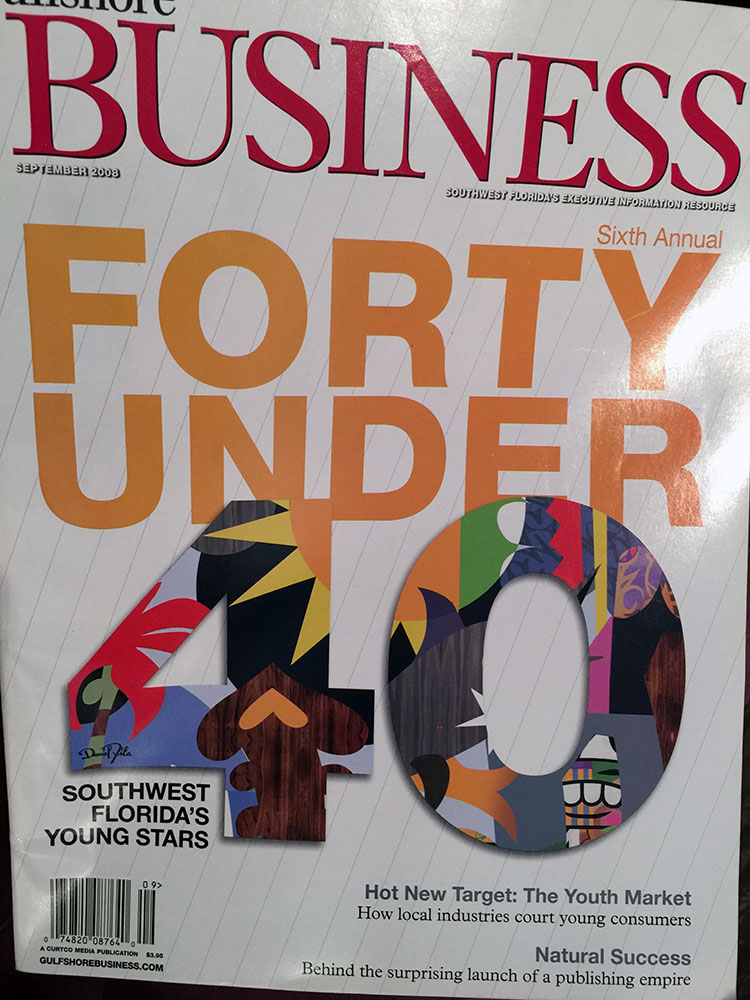 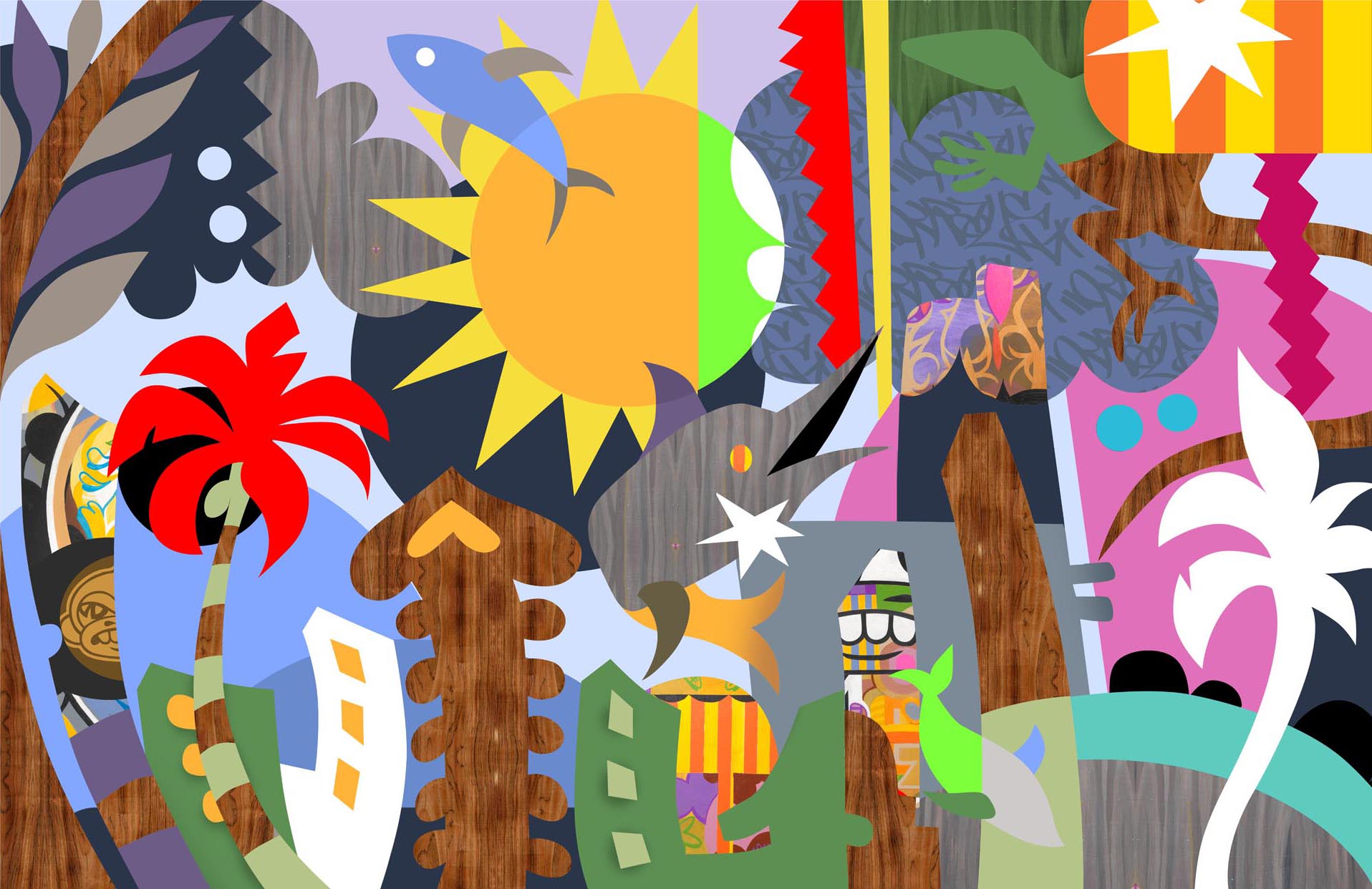 The editorial staff of Gulfstream Business Magazine commissioned Dan to create artwork that would serve as backdrop to their annual recognition of the "Forty Under Forty" list of young professionals in their market area.  In addition to creating all artwork for the article, Krave also performed at the Hyatt Regency Coconut Point in Estero, where an event honoring the recipients was held. Krave painted and original work while awards were being presented, which was later auctioned to participants with proceeds donated to the Children's Museum of Naples. Gulfstream Business magazine, September 2008 Issue, Cover, pages 3, 18-31, 46.