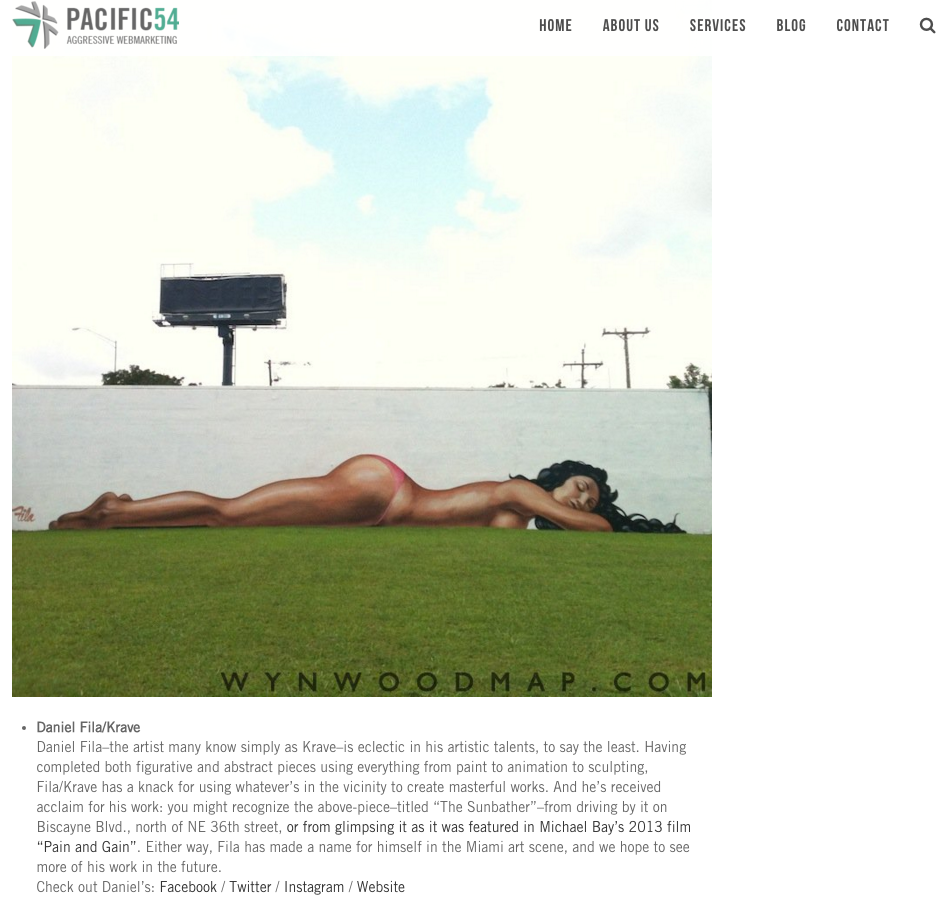 Daniel Fila–the artist many know simply as Krave–is eclectic in his artistic talents, to say the least. Having completed both figurative and abstract pieces using everything from paint to animation to sculpting, Fila/Krave has a knack for using whatever’s in the vicinity to create masterful works. And he’s received acclaim for his work: you might recognize the above-piece–titled “The Sunbather”–from driving by it on Biscayne Blvd., north of NE 36th street, or from glimpsing it as it was featured in Michael Bay’s 2013 film “Pain and Gain”. Either way, Fila has made a name for himself in the Miami art scene, and we hope to see more of his work in the future.