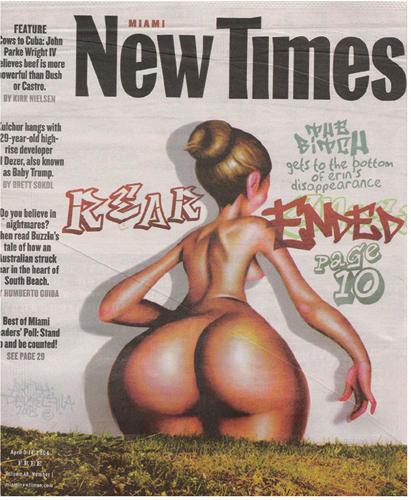 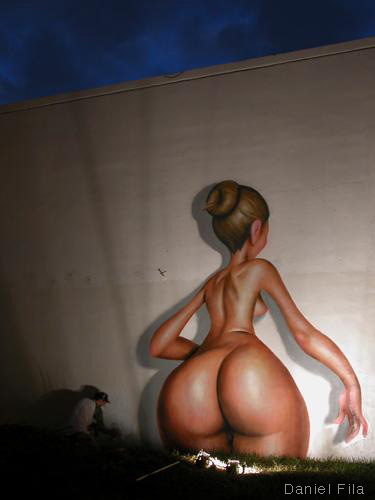 During Art Basel, 2003, Krave painted the mural entitled "Erin" on the wall of architect, Chad Oppenheim's office, facing Biscayne Boulevard at the corner of Northeast 37th Street and 2nd Avenue. Erin, with her derriere  also clearly visible to westbound traffic on I-195, caused quite a stir.  Many stopped to photograph the "21st Century Venus", but one citizen or group became so incensed with the image that under cover of night they painted over her,  The New Times led the section known as "The Bitch" with an article addressing the pros and cons of the eradication and reported on their investigation into those who might have buffed the mural.  No one ever claimed responsibility. April 8-14, 2004 Issue, Page 10.